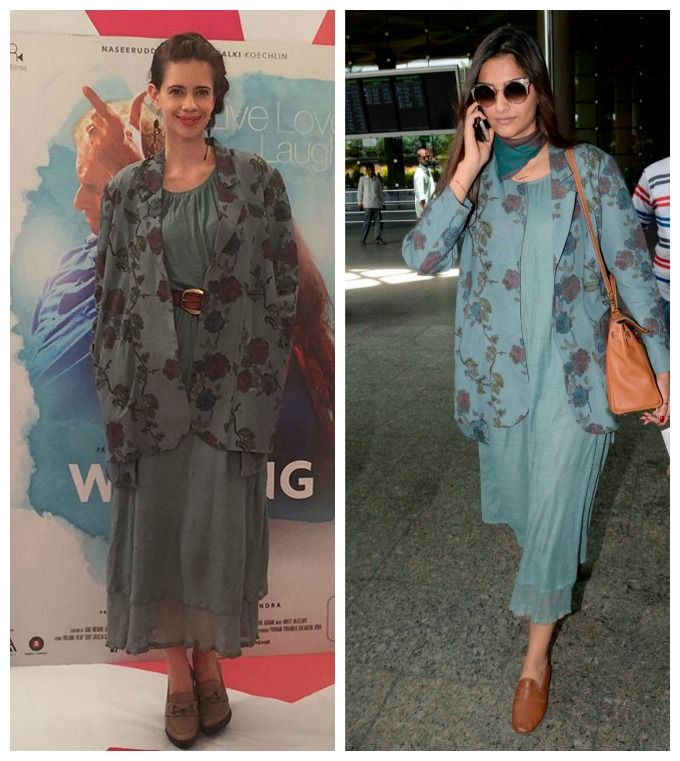 We’ve been seeing a lot of the same kinda style on multiple celebrities. For instance, Sonam Kapoor wore an Anamika ensemble at Cannes 2016 that was very similar to one we saw on Katrina Kaif  much earlier during the promotions of her movie Fitoor. Prachi Desai and Sayani Gupta also rocked the same colourful footwear. And now, we spotted Sonam and Kalki Koechlin in the same Anavila outfit.

Sonam is clearly a fan of Anavila Misra‘s work. We recently spotted her in an outfit by the designer, and then again, at the airport wearing this outfit with tan slip-ons and a matching bag.

Kalki also wore the same outfit during the promotions of Waiting. She accessorised with long earrings and beige shoes, and also synched the waist with a belt.

Who does your vote go to? Tell us by commenting below!