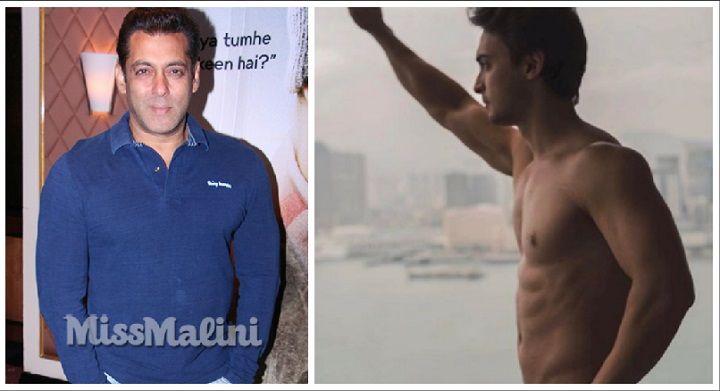 Virat Kohli and Anushka Sharma‘s wedding is the current talk of the town. But back in 2014, everyone was in awe of the shaadi photos of Salman Khan‘s sister Arpita Khan. Arpita tied the knot with politician Anil Sharma‘s son Aayush Sharma at a super grand ceremony at Taj Falaknuma Palace in Hyderabad. And last year, the much-in-love couple was blessed with a super cute baby boy Ahil. A doting son, a doting husband and a doting father, Aayush is now all set to make his Bollywood debut. And he’s being launched by none other than his brother-in-law Salman. Here’s what Salman tweeted to announce the news.

Now, this is exciting!