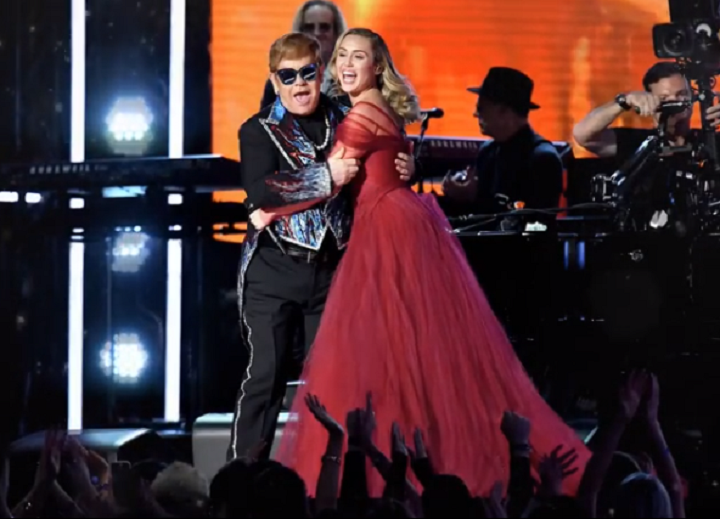 There were so many empowering and fun moments that made the 60th Annual Grammy Awards special, but obviously we had our favourites. Apart from all the awards, there were so many moral victories as well and those were the best. Let’s get right to it, shall we?

From taking a subway ride with Shaggy and U2, he also handed out puppies as a consolation  prize to the nominees who didn’t win. But the cutest was when he got his parents to say that they went to watch Hamilton as opposed to supporting him at the Grammys.

Her performance was so empowering that we got all teary-eyed. She managed to steal the show singing the song Wild Hearts Can’t Be Broken and choosing a casual outfit instead of a glam one. It really goes to show that you don’t need to be in couture to command a room. Also, did you notice her daughter in the audience? How cute!

We’re already aware of this campaign that created history and stirred feathers at the Golden Globes. But we’re so enthused about the fact that it carried on at The Grammys. Celebrities that were spotted with a white rose were Miley Cyrus, Lady Gaga, Nick Jonas and more.

Starting the performance by saying,

They said I’d never perform at The Grammys

was hard-hitting enough. But their performance was pretty spectacular irrespective.

5. CardiB being on stage with Bruno Mars

How colorful was their performance on Finesse? We loved every bit of it. So fun and vibrant!

She made a heart-wrenching speech on the#Time’sUp movement. She said,

We come in peace, but we mean business… And to those who dare try to silence us, we offer you two words: Time’s up. We say time’s up for pay inequality, discrimination or harassment of any kind, and time’s up for the abuse of power.

We’re with you Janelle.

Logic performed his Grammy nominated song 1-800-273-8255 to shine a light on suicide prevention. He blew our minds with this performance along with Alessia Cara and Khalid. What really got us though were the suicide survivors standing at the back.

8. Kesha taking the stage with a little help from her contemporaries

Introduced with the fierce speech by Janelle Monae mentioned above, Kesha performed Praying with the help of Cyndi Lauper, Camila Cabello, Andra Day and Julia Michaels. She even huddled up with them after it. It was so touching.

9. U2 gets our spirits high

Get Out Of Your Own Way was a powerful pre-recorded performance by U2 with the Statue Of Liberty in the background. We absolutely loved it.

Their rendition of his iconic song  Tiny Dancer was performed by both in such a fun way. Miley looked so pretty in her gown and Elton, as always was a hoot. Loved it!

And what a night it was! Tell us your favourite moment of this star-studded night in the comments below.