8 Celebrities You Never Knew Were Victims Of Cyberbullying 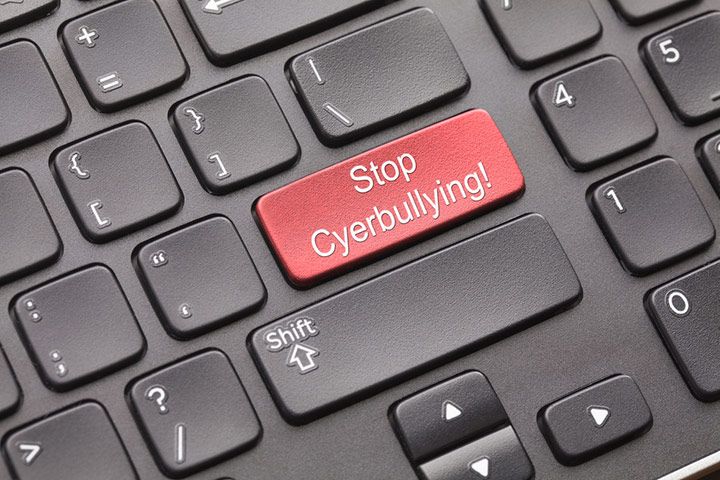 8 Celebrities You Never Knew Were Victims Of Cyberbullying

The internet world is a tricky place to exist in. Whatever people do or put out there on social media, there are always some others waiting to throw their judgements at them. Sometimes people’s intentions might be good, but the result is anything but good! and some other times its just plain hateful bashing and it becomes ugly. The latter is appropriately termed as Cyber Bullying. It is when someone bullies or harasses using electronic means, also called as online bullying. Sadly, we’re all equally vulnerable to this and many celebrities have been a victim of this too. Here is a list of some celebrities who were cyberbullied and how they responded to it.

Emma became an instant heartthrob after her role as Hermione Granger in the Harry Potter series. With fame came the hatred and trolling, which she found hard to escape when she started college at Brown University. Her fellow members of the class started tormenting and bullying her. So, she moved to Columbia University to start afresh and is achieving great success there.

She has been in the news facing both, mental and physical health problems in the recent past. A large part of it comes from her being cyber-bullied. People trolled and commented on her posts because she had gained some weight. Accepting that it did kind of hurt her feelings, she found an excellent way to cope by channelling her emotions in new music. If we look at the result, her songs have been killin’ it with no bumps in the road!

The Royals singer has been a victim of cyberbullying too. Apparently, she along with her boyfriend James Lowe were bullied with racial slurs and threats for being an inter-racial couple. Although Lorde handled the situation quite well, she admitted having been affected by it significantly during an interview.

When Rose was cast as Batwoman (a traditionally gay character) for the CW series Arrowverse, she met with a lot of flak and hatred on Twitter about it. Apparently, people thought she wasn’t “gay enough“ to rightfully play this role, and questioned her acting abilities. After days of bullying, she cleared the air on Twitter by saying that she has been out since she was 12 -years-old. To get a break from this she announced a break from Twitter in the best way possible. She said if anyone needed her, “I’ll be on my Bat Phone”.

When Adele had her first child, she was targeted on Twitter in an extremely cruel manner. Her husband wasn’t spared either. People on Twitter shamed her for her weight while she was just entering new motherhood. An extremely shameful done by the bullies.

If you think child celebrities are safe from cyberbullying, you’re wrong. The Stranger Things star who is just 14-years-old is no stranger to this. The bullies trolled her by creating memes and sharing pictures of Brown accenting homophobic slurs. They even created a hashtag: #TakeDownMillieBobbyBrown accusing Brown of homophobia while she is an active advocate for LGBTQIA rights!

Coleman was cast to play Aaliyah, the R&B singer who died tragically at a very young age, in the movie, Lifetime. As soon as the news broke out, the bullies came out of there hiding spots, went one step ahead this time and started a petition to re-cast. They targeted her for not looking anything like Aaliyah, not being “black enough“ and for her bi-racial background. Although Zendaya dropped out of that movie for her personal reasons, she made sure the world knew that the bullying couldn’t get through her and did not affect her decision in any way.

Ever since she was in high school, she has been a victim of cyberbullying. People comment and lash out at her regarding her personal life, choices and much more that has nothing to do with these strangers hiding behind their computer screens. She too found a healthy way to cope with this and now projects her feelings through her music. It makes her forget about what’s going on and focus on the composition!

We’re not saying you cannot have your own opinions. We’re just saying you don’t have to be rude and downright mean when you’re at it. If you find something wrong, call it out. Before writing or creating something, ask yourself, “Would I use the same words if I had to say this face to face to that person?” If the answer is no, you know what to do. Bullying has costed the lives of young and old alike. It doesn’t make you less of an offender just because you’re doing it online.