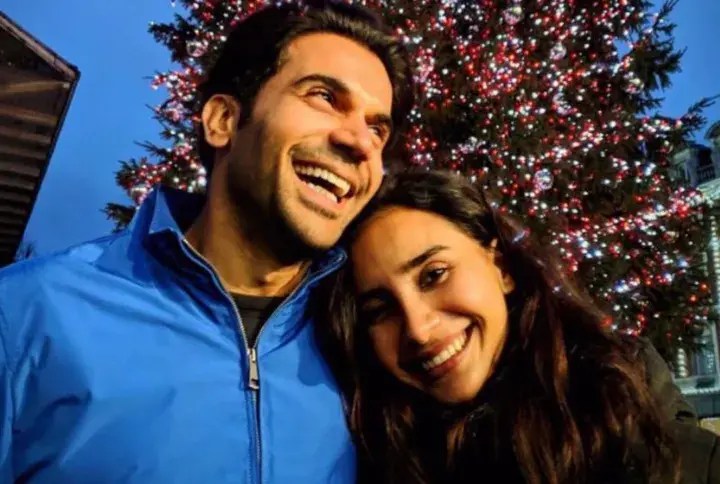 The last week saw a whirlwind of rumours surrounding the marriage dates of Bollywood’s handsome hunk Vicky Kaushal and the ever-so-pretty Katrina Kaif. Some reports have even claimed that the lovebirds will tie the knot during 7-9 December this year. However, both the stars in question have denied these reports. Meanwhile, another piece of news is doing the rounds today. And this time, it is about the Hum Do Hamare Do star Rajkummar Rao and his longtime girlfriend Patralekhaa. As per an ETimes report, the duo will soon take the marriage vows in November this year, right after Diwali.

As per the report, the dates are said to be November 10,11 and 12. Apparently their near and dear ones have already been invited and it will be a close-knit ceremony. Not many celebrities will be a part of this do and the couple is said to be sure that they don’t want a grand wedding. However, neither Raj nor Patralekhaa have confirmed this report yet.

Raj and Patralekhaa have been dating for more than 10 years and have been living-in for a very long time. Long back, the actress had been asked in an interview about her thoughts about Raj when she first saw him.

I saw him for the first time on screen when I watched LSD. I thought that the weird guy he played in the film was actually what he was like. My perception of him was already tarnished. He told me later, that he had first seen me in an ad and thought, ‘I’m going to marry her.’ It was so ironic!

Now let’s wait and watch if we get to see the gorgeous Patralekhaa in a bridal avatar soon. I am totally looking forward to seeing Raj wear a sehra for real as he has donned one in several of his films by now.