Exclusive! Milan Luthria Reveals Tara Sutaria Was Cast In ‘Tadap’ On A Scene From ‘The Dirty Picture’ 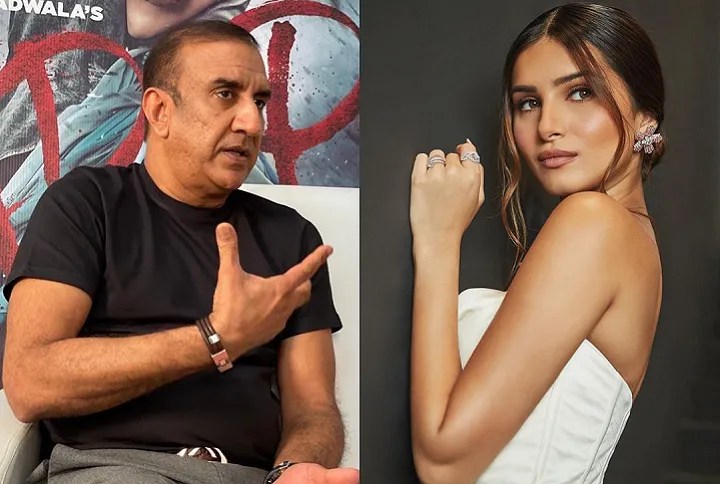 Exclusive! Milan Luthria Reveals Tara Sutaria Was Cast In ‘Tadap’ On A Scene From ‘The Dirty Picture’

Milan Luthria is known for giving films that have reinvented the careers of superstars, be it Once Upon A Time In Mumbai for Ajay Devgn and Emraan Hashmi or the National Award-winning performance of Vidya Balan in The Dirty Picture. As a viewer, I have always admired Milan’s style of filmmaking. Tomorrow the director launches a new face, Ahan Shetty, opposite Tara Sutaria with Tadap, and the story of how Tara came on board the film has a connection with The Dirty Picture that completes a decade today, and this story has me intrigued.

Milan reveals that he had auditioned a few girls for the film before meeting Tara but none of them caught his eye. And it was Tara’s spontaneity and chemistry with Ahan that made him cast her, and it was even before Student Of The Year 2 had released.

“Tara had just arrived from the airport straight to our office. I had brought in some lights and a camera and Ahan was also there. As soon as she entered, I told her to do one scene. She had no idea that I’d ask her for an audition as soon as she’ll come. Tara was taken aback and told me that no one told her she had to shoot and she didn’t even know the scene.”

The scene was actually from another one of Milan’s films, The Dirty Picture, that bagged Vidya a National Award and completes a decade today. It was this film that also became instrumental in Tara bagging the role in Tadap.

“The scene I gave them was from The Dirty Picture, between Vidya and Emraan where he says that, ‘touch to bahuton ne kiya hai par chua kisine nahi hai’. I asked her how long she needs to prepare and she asked me for half an hour. And in exactly that time, she was ready. I made her and Ahan sit the same way as Vidya and Emraan were sitting in the film. They both did the whole scene exceedingly well. Their chemistry was so strong in that, as it was an intimate scene, and I have to say their performances were on another level.”

“Tara is a brilliant actress. I don’t think people have seen enough of her to realise that. This film is a big step for her and she is flawless in it. She is multi-talented, camera friendly and a director’s actor. She will always be as good as the director.”

Having witnessed what Milan’s film can do for his actors in their career, I am thrilled to see Ahan getting a launchpad by him, and also for Tara who is getting to work with the director so early on in her career. Tara and Ahan’s stunning chemistry is there to see in Tadap’s trailer and I am sure when the film releases tomorrow, people will rave about it after seeing the film all the way more. Just like how The Dirty Picture changed Vidya’s life, I am sure the audition that Tara gave, will result in changing her life too.