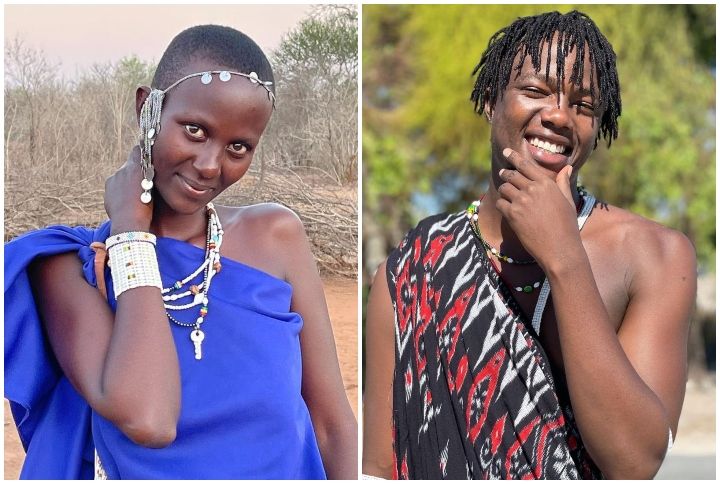 Instagram has become a platform where one Reel which you least expect to go viral gets viral in no time. Soon after which the creator or the artist starts gaining many followers because of their uniqueness. We know plenty of creators who have made it to the viral list, so here we are adding two more names to this list. The brother-sister duo Kili Paul and Neema Paul got famous ‘cause of their one lip-sync Reel on the popular song of the year ‘Raataan Lambiyan‘. So, scroll down to watch the eye-catching Reels that they’ve created together.

Let us sync you to their page right away…

This was the Reel that got them viral on the ‘gram and I can’t blame them ‘cause everything is just so pure and simple here. This song already had my heart when it was released and with them smiling and lip-syncing to this song made me fall in love with it all over again! Will I ever be able to get over this Bollywood track? I doubt it, haha.

If you noticed here, Neema hasn’t even skipped one word of this song’s lyrics while lip-syncing, isn’t that cool? The dapper, Kali in the back is just adding extra and fine touches to this Reel by his presence and groovy moves. To watch him dance seamlessly, scroll down!

Kali has made a point to jump on trending audios. What amazed me here was his killer dance performance on the trending song ‘Jugnu‘. He stole the limelight here with the hook step of this song and I couldn’t just stop watching how amazing he is!

OMG, this is such a buzzing number and everything about this Reel is just fabbbbb! From Neema lip-syncing, the girls part to Kili’s head drop on the beat to his amazing performance everything is just on point. But, the main bit comes after the drop only, isn’t it? Wait no more, ‘cause his enthusiastic and energetic performance has literally made this Reel viral too!

This Reel is defo giving me just the right Bollywood vibes. Why? Well, for that you will have to watch the beginning of this video. C’mon watch it right away, we’re waiting here. Also, I love the fact how he makes an effort to praise the singers in most of his captions. Earlier it was Neema but this time Kali has aced it at lip-syncing the lyrics.

As all of you might already know, this number was a super hit when it was released. But what made this Reel even more interesting was the fact that they added their own lil‘ shrug and groovy moves to it. Just look at how humble and awesomeeee their content is?

This romantic song has my heart, every time I hear it! The emotions Kali shows while singing this song has made this Reel so powerful and visually appealing. Kali, I wanna see more of these videos on your feed pleaseee. On a side note, sending you lots of love all the way from India for keeping all of us entertained with your content. <3

Karibu! (A common phrases used in Tanzania for ‘done’) But let me tell you a fun fact, Kili made an Instagram profile for Neema only after he went viral. We love watching such new accounts and talents on our ‘gram! So, that was it from my end but there are so many more new Reels that they keep uploading every day and I defo think you should follow him and his sister for some of their simple yet appealing and entertaining content. You never know, their Reels could make your day and make you smile. On a side note, I hope everyone reading this is staying home ‘cause of the new variant.