Sameer Nair, The Man Who Got Amitabh Bachchan To Host Kaun Banega Crorepati, Received The Best Birthday Gift From The Game Show 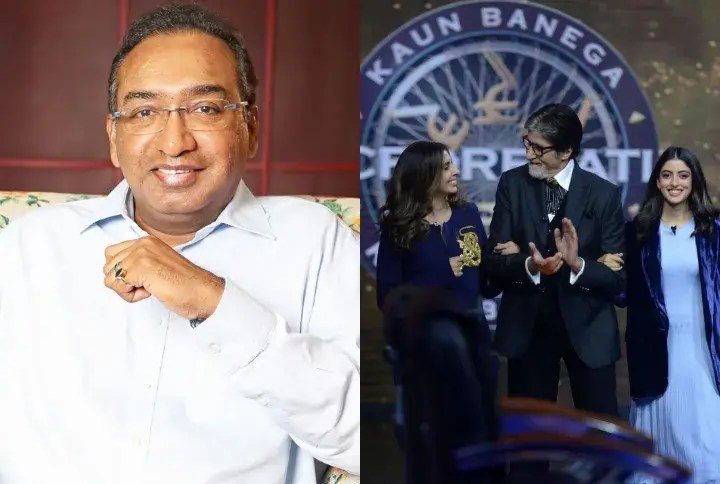 Sameer Nair, The Man Who Got Amitabh Bachchan To Host Kaun Banega Crorepati, Received The Best Birthday Gift From The Game Show

Megastar Amitabh Bachchan-hosted show Kaun Banega Crorepati has been a sentiment for many of us. With so many successful seasons, one thing that has remained constant is Big B’s charm. But do you know the man who gave Indian television its first game show headlined by a superstar? He is none other than Sameer Nair, the CEO of Applause Entertainment. On the 3rd of December, which was Sameer’s birthday, the reality game show coincidentally gave him the best gift of his life.

KBC 13’s 1000th episode was aired on the same day that Sameer celebrated his birthday. And this coincidence only makes me believe that when stars are meant to align, nothing in the world can stop them. Well, I am surely thankful to Sameer for not just giving us a show like KBC that has changed so many lives, but for also making megastar Amitabh Bachchan the face of it.

For those who don’t know, KBC was Sameer’s brainchild. At the time when he was the programming head of Star Plus, he managed to pull off Indian television’s biggest coup, winning over the pulse of the audience. Bringing Mr. Bachchan on the small screen at a time when there was a clear divide between TV and films, was surely a masterstroke.

As they say about the circle of life, what you do, comes back to you, which is exactly what defines the beautiful coincidence that happened with Sameer. Well, surely this milestone is the greatest payback one can get.