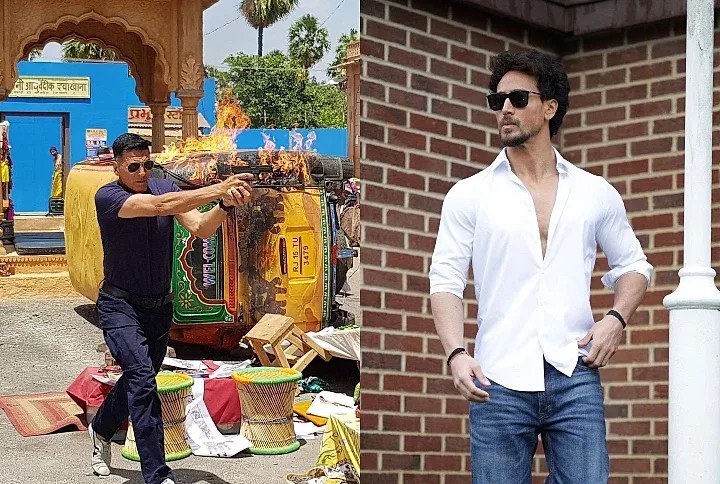 I’m just at the edge of my seat ever since the news of these two big action stars teaming up for a movie, has been speculated. Since the 90s, Akshay Kumar has raised the bar when it came to action. Nobody has been able to live up to the benchmark he set over the years. Cut to present, there are actors like Tiger Shroff and Vidyut Jammval who’ve stunned the audience by their action and are raising the bar with each film.

A few days ago, Pinkvilla reported that Akshay and Tiger are set to come together for a big-scale action-comedy. This film will be helmed by Ali Abbas Zafar. Now I hear that the film tentatively titled Bade Miyan Chote Miyan will be going on floors by the end of 2022 or early 2023 depending on the pandemic situation in the country. As per this report, Bade Miyan Chote Miyan is going to be one of the costliest Hindi films scaling up to a budget of about Rs. 300 crore. Apparently, Akshay and Tiger would be presented in this one in the most heroic manner. I’m also excited at this news since Kumar isn’t just an action star but I’m also floored by his impeccable comic timing.

This film will be produced under Jackky Bhagnani’s banner Pooja Films. Interestingly Tiger and Jackky have also teamed up together for Ganapath – which looks huge too. I’m still not over Hrithik Roshan and Tiger’s magic in WAR. I loved how WAR did complete justice to both the actors and their skillsets. So, here’s hoping this dream action film garnished with comedy, starring the country’s biggest action stars – Khiladi Kumar and Tiger does happen.

Till then, let’s hold our horses.