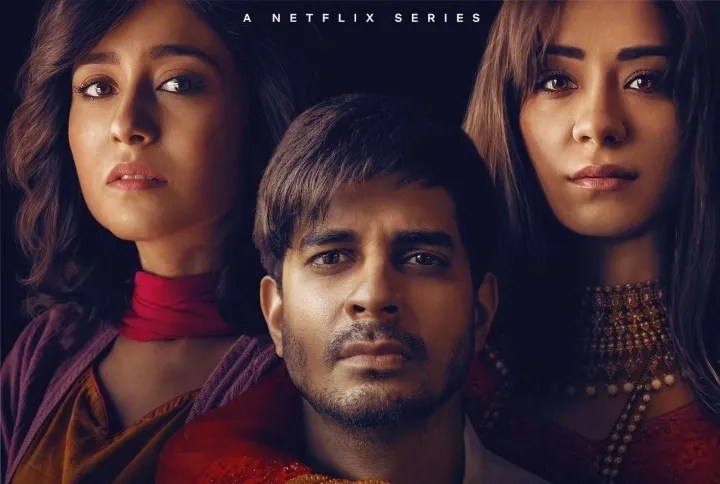 If there is a genre that the Indian OTT industry has kind of mastered by now, it has to be the thriller genre. Gory settings and violence, edge-of-the seat twists and turns, and an intriguing story—this seems to be the recipe of most of the thriller shows on my digital screen. But once the industry has mastered it, the challenge lies in how to make your project stand out, and for me, Tahir Raj Bhasin, Shweta Tripathi Sharma and Anchal Singh-starrer Yeh Kaali Kaali Ankhein does that.

This Netflix original is an eight-episode series that is set in a small town of Onkara. It focuses on the character of Vikrant, played by Tahir, who is in love with Shikha, played by Shweta. But his life turns upside down when a girl from his childhood, Purva (played by Anchal) comes back to his life. She is the daughter of the most powerful politician of the area and her obsession with Vikrant takes his life on a chaotic and unpredictable course. The series is directed by Siddharth Sengupta and also features Saurabh Shukla, Bijendra Kala, Surya Sharma, Arunoday Singh, Anant Joshi and Sunita Rajwar. But before I get into my thoughts on it, let’s see the show’s trailer.

Check out the trailer of Yeh Kaali Kaali Ankhein here:

The whole cast, from the leads to the guest actors, everyone has delivered a top-notch performance here. Starting with the leads, if I have to use one word for each, I’ll begin by saying that Tahir is a revelation. He carries the nuances of Vikrant so effortlessly well and his journey from a small-town boy to a man-on-a-mission is a treat to watch. Shweta is mesmerizing as Shikha and she lives up to the reputation that she has built for herself over the years. However, it’s Anchal who steals the show here as her eyes will really haunt you. She has given a breakthrough performance. Every time she smiles at Vikrant, there is an uneasiness that creeps up, and she does it so well. As for the remaining cast, Anant as Golden is actually a gold mine while Surya as Dharmesh lives up to his character, instiling fear. And let’s just say it once and for all, you cannot go wrong with Saurabh Shukla and Bijendra Kala in any role. They are pure gems on screen, and Vikrant’s family provides a much-needed and amazing comic relief.

It’s an art to know how to tell your story so as to make it all the more interesting and engaging, and the makers of YKKA seem to have hit the jackpot on that. In each episode, the show cuts to the title track at the perfect moment where I was just on the edge-of-my-seat. And the way the narrative goes between reality and Vikrant’s imagination just filled me up with excitement, sometimes even doubting which one was indeed the real one. Also, the pace of the show needs to be given credit as the makers set up the whole scenario in the first 20 minutes of the first episode itself and that too so efficiently. There is no dragging or lagging.

On the first go, the story of YKKA might not seem something unique, as it is a love triangle in which one of the person is obsessed with the other. But it’s the treatment of it that makes it different and a must watch. None of the characters here are one-dimensional or just for sake. Every character serves a purpose and goes through a journey that I felt invested in as a viewer. Each episode ends on such a cliffhanger that it compelled me to keep watching the next one, and the end of the season leaves so much room to do in season 2 while also leaving me wanting for more.

Things that could have been better:

1. I wanted more for Shweta, the actress

While there is no denying that Shweta shined in what was given to her and delivered much more than expected. But for an actress with the capabilities that Shweta possesses, I just felt that she was underutilized in this season. However, her character arc has ended on such a cliffhanger that I am certain that the makers will explore a lot more of Shikha and Shweta in the second season.

2. Resorting to clichés at time

While the narrative style of the show is quite unique in itself, but in the process of establishing the scenario and equations, sometimes the show falls into the tropes of clichés, especially when it comes to the dark characters. Dharmesh, at times, seems like the quintessential villain, and even though his portrayal is exemplary, what he does seems very ‘been there, done that’. Also, the abuses and swear words used in the show sometimes feel out of place.

The music of the show is like a conflicting topic for me. While, at places, the songs and the background score elevate the scene in progress, there are times when they kind of took me on a different tangent. Like, there is a scene where Vikrant and Shikha are running in a field through a bullet-storm and the accompanying music is too peppy for that situation. And that happens at quite a few moments, as to take a quirky stance, the makers resort to using peppy music in serious situations which sways you away for the time being.

I have to assert here that it has been a while that the web space has given something unique and worthwhile in the thriller genre, but YKKA is the perfect answer to that gap. Watch this show to fall in love with Tahir yet again and also to be haunted by the piercing eyes of Anchal.