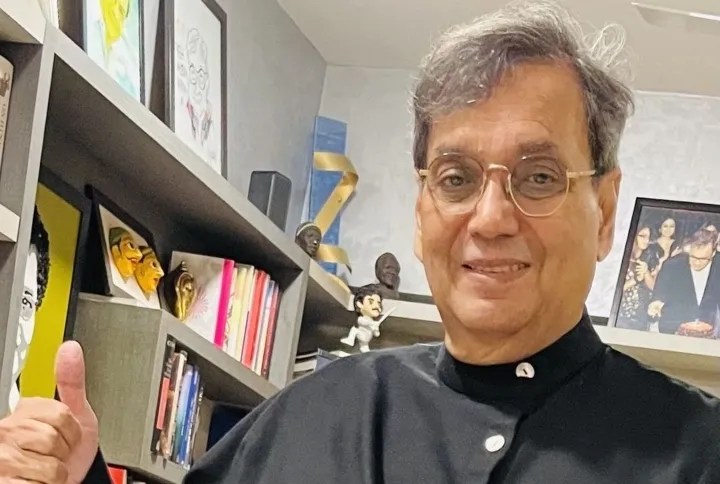 Subhash Ghai is one of those prolific filmmakers who have an illustrious line up of work to their credit and being a ’90s kid, a lot of them have been a part of my growing up years. I remember watching films like Taal and Pardes so religiously, and I still continue to do so. The filmmaker has such a prestigious collection of films to his name that I assume in this era of remakes, makers would be running behind him to reboot them. And as I ask him that, he clears the air on it.

Ghai’s last project on screen was the Sooraj Pancholi and Athiya Shetty-starrer Hero, which was a reboot of his old film from the same name. He is now coming back to screen with 36 Farmhouse, but the filmmaker doesn’t call it a return as he was throughout working on something or the other related to films during this while. As for Hero, the film failed to connect as much with the audience, so has that kind of deterred him from rebooting any more of his old projects? As I ask him that, he gives me a straight answer.

“We have a huge library of blockbusters. I have made 19 films myself out of which 14 were blockbusters. As a production house, we have produced 42 films out of which 35 were hits. So, a lot of studios makers comes to us to ask for remaking these hits like Karma and Taal. But we tell them that we won’t make those remakes because we have a lot of fresh stock. We have over 100 fresh scripts with us and we will make them. We have a packed library for till 2030 and we work daily on these new stories. What’s already happened, I don’t want to work on that again.”

Rumours of the remake of his blockbuster Ram Lakhan, that starred Jackie Shroff and Anil Kapoor, do the rounds every once in a while, with new big names getting associated with it every time. However, Ghai has a clear stance on it.

On the possibility of remaking Ram Lakhan, Ghai states,

“I don’t want to do that. No way, because we have a treasure of fresh scripts pertaining to issues that haven’t been tackled yet, we’d rather make them.”

The filmmaker goes on to tell me a secret about one of his habits, and I am a little surprised by that revelation.

“I never watch any of my own films. The reason behind that is that you never like your old pictures. Whenever I see them, I feel like I could have done this or that better. If they are coming on TV as I am passing by, I just beat myself saying, ‘What have you done Subhash Ghai?’ I rather watch new content, the classics and the best films from around the world. I want to bring out new films, new music every day when I wake up.”

As much as I love watching Ram Lakhan on screen and would have liked to see a rebooted version of it with a fresh cast, the admission of Ghai kind of also gives me a sense of contentment, as some classics are not to be touched. On that note, I will go revisit Ram Lakhan one more time now.