Dholida : Alia Bhatt Steals The Show With Her Garba In The Latest Song From ‘Gangubai Kathiawadi’ 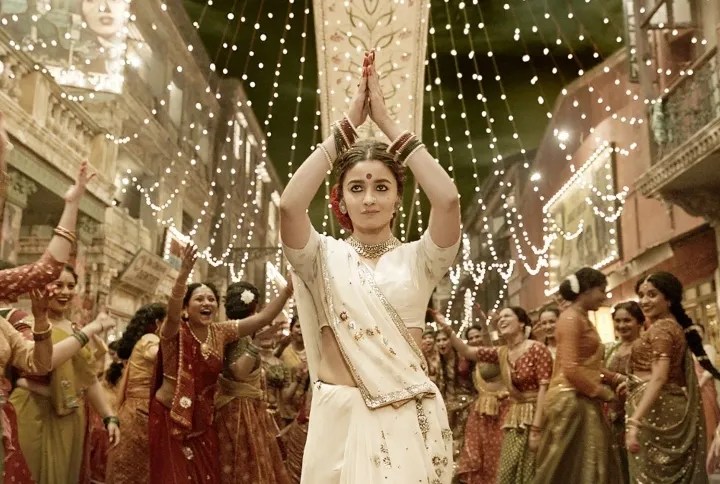 Dholida : Alia Bhatt Steals The Show With Her Garba In The Latest Song From ‘Gangubai Kathiawadi’

I’m already left stunned by the trailer of Gangubai Kathiawadi and how Alia Bhatt has sunk her teeth so deep into the character. But no, Alia doesn’t stop there. I’m mesmerized by how she’s danced in the newly-released track from the film.

Sanjay Leela Bhansali is known for his songs made on a huge canvas which give a visual appeal which just stay with us. This song is no different. Composed by Bhansali himself, with lyrics captured by Kumar. It’s been sung by Jahnvi Shrikumar and Shail Hada. The song sounds so good that it literally makes me want to start doing garba too.

But it’s Alia who one cannot take eyes off. She not only gets the perfect moves, but her body language, expressions, energy – all of it is like Gangu and not Alia. But it’s this girl’s attitude while performing, which just takes the song to another level. We’ve seen Alia dance in a number of movies but this is something else. It’s perhaps the Sanjay Leela Bhansali magic rubbing on to her.

The brilliant choreography is done by Kruti Mahesh.

Check out the song below and I’m sure you’d be left stunned too. From it’s lighting to the set to Alia’s costume,  moves and that attitude – all of it is just on point. I can’t get enough of this. This Navratri, I’m sure, Dholida is going to be played all over and it’s going to be a rage!