Radhe Shyam: Prabhas & Pooja Hegde’s Quest To Meet In ‘Jaan Hai Meri’ Will Make You Root For These Lovers 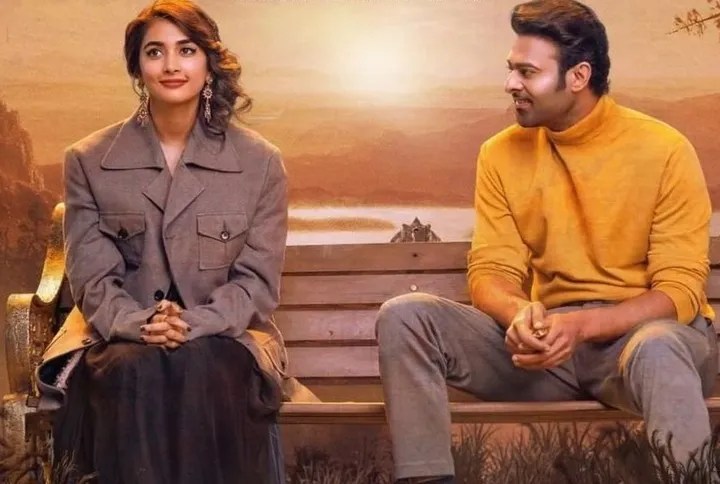 Radhe Shyam: Prabhas & Pooja Hegde’s Quest To Meet In ‘Jaan Hai Meri’ Will Make You Root For These Lovers

I’m totally falling for the promos and songs of Radhe Shyam and that’s increasing my anticipation for this Prabhas and Pooja Hegde starrer. While the film’s scale, grandeur and visual appeal is stunning, what I’m loving about this latest song from the film is how it connects you to its characters and makes you want to root for them to meet.

Check this song and I’m sure you will agree.

Both the actors look absolutely stunning in this song. Armaan Malik’s vocals in this Amaal Mallik composition is absolutely soothing to the heart. Apart from the voice, these visuals make you completely connect to these two characters. The song shows there’s always a hit-and-miss situation and Prabhas and Pooja do not meet each other. Now it makes me curious to what the film has instore because the tagline of the film says that ‘it’s a war between love and destiny.’

Will these two unite and if yes then how? What’s the story like? What’s the conflict and will love win over destiny? I have these questions in my mind and that’s making me further curious for the film. Interestingly, few days ago it was also announced that Amitabh Bachchan has lent his voice for the film. Radhe Shyam is set to release on March 11 and I’m totally hoping this one would smash all the records considering how fans are waiting for the film.