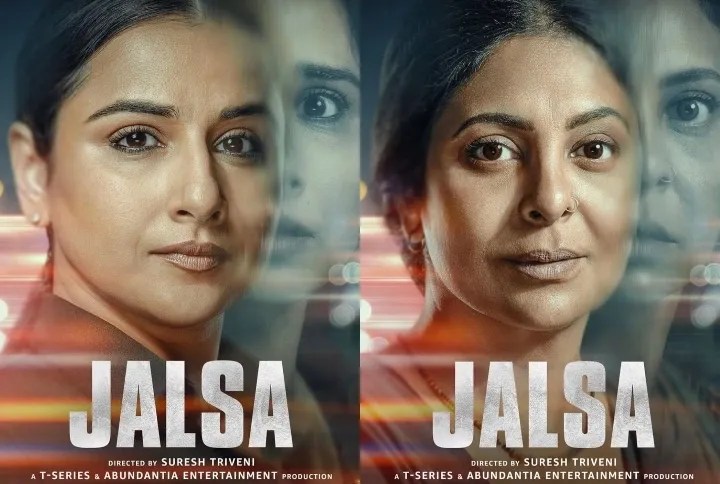 One thing that I really enjoy about cinema is the coming together of talents that results into the creation of something beautiful. That excitement just doubles up when the talents coming together are stalwarts of their field, and that is what makes the Vidya Balan and Shefali Shah-starrer Jalsa a must-watch for me. The character posters of the actresses were recently unveiled with the release date announcement, creating a lot of intrigue, and now the teaser of the film has just took that up a notch.

Check out the teaser here:

Without divulging much, the teaser introduces me to the characters of Jalsa, and while none of them are saying anything, there is a secret and mystery in each one’s eyes that is haunting. The few dialogues in the teaser suggest that Vidya is a journalist who has got a big story that she wants to work on, but there are people who want it to stay hidden in the shadows. In just these few seconds, both Vidya and Shefali prove why are they considered the best in their fields as in only a couple of shots, they show a varied range of emotions, making me empathise with them and feel those emotions myself.

The film also features Manav Kaul, Rohini Hattangadi, Iqbal Khan, Vidhatri Bandi, Shrikant Mohan Yadav, Shafeen Patel and Surya Kasibhatla. It is directed by Suresh Triveni, who last directed the slice-of-life drama Tumhari Sulu, with Vidya and Manav, and it is great to see such a drastic change of subject from the director. Jalsa is jointly produced by Bhushan Kumar and Krishan Kumar from T Series along with Vikram Malhotra and Shikhaa Sharma from Abundantia Entertainment, and Suresh. It will start streaming on Amazon Prime Video from March 18, 2022.

This video serves as a perfect teaser for this thrilling tale of conflict as I am still not aware about its storyline, but my curiosity has reached its peak to find out what it is. Vidya and Shefali joining hands had already made it a cause for celebration, but seeing this teaser has just strengthened my belief that this collaboration will be one to remember.