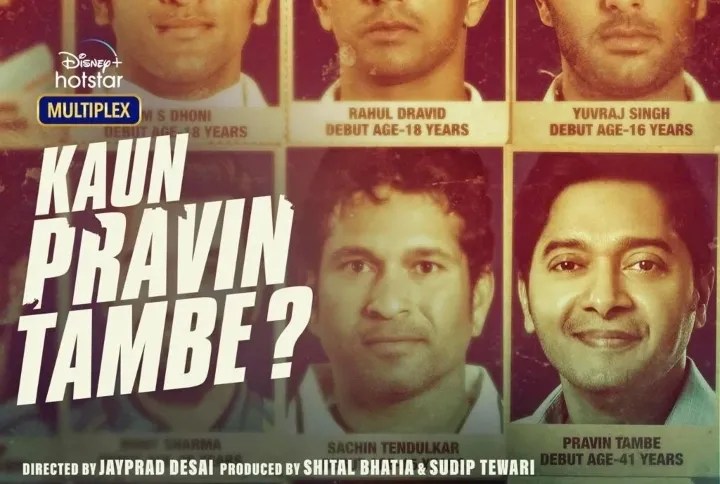 It has been just a few months since I saw the historic win of India at the 1983 Cricket World Cup in ’83. Seeing that film in theatres and by observing the reactions of my fellow viewers, I realised that if there are two things that unites each one of us in this nation, irrespective of any bias, it’s cricket and cinema. And Bollywood is cashing in on that sentiment quite extensively in the coming years with so many films based around the sport in the offing. Amongst them, comes this unique tale of Shreyas Talpade‘s Kaun Pravin Tambe?, that has left me with goosebumps.

Kaun Pravin Tambe? is directed by Jayprad Desai and produced by Shital Bhatia and Sudip Tiwari. It is a film about the extraordinary journey of cricketer Pravin Tambe, a right-armed leg spinner, who made his biggest cricket league debut at the age of 41, not having played any international or even first class cricket before that. A modern-day fable of an underdog who fought against his destiny and triumphed over it, Kaun Pravin Tambe?  will start streaming on Disney + Hotstar from April 1.

The trailer begins with a real-life speech by former Indian cricket team captain Rahul Dravid, who says that he wants to narrate the story of Pravin Tambe. And straightaway we are taken to Pravin’s middle-class world, where his family wants him to find a stable job and get settled in life, while he just wants to play cricket. What follows is his ambition to play in the Ranji Trophy and for the Indian team for years and how even with an exemplary play, his age serves as a hurdle for him.

Shreyas brings life to the character of Pravin and how. There isn’t a single moment in the trailer where I can differentiate between Shreyas and Pravin, as that is the extent the actor has imbibed the character. I can say that his cricketing experience from Iqbal, the film that brought him to limelight, is definitely coming in handy here as well. Parambrata Chattopadhyay as a sports journalist who is following Pravin’s journey is spot on, and every character seems to be aptly cast in their role as they create an authentic environment. But it’s a complete Shreyas show all the way as he showcases different aspects of Pravin’s personality. From his fun side to his struggling days and his unwavering dedication to make it, Shreyas brings it out beautifully.

It’s so great to see Shreyas return to the cricketing field after 17 years, and knowing his capabilities as an actor, I am certain that he will create the same magic now as Pravin Tambe as he did all those years ago as Iqbal. This inspiring story and Shreyas’ presence in it makes the film a must-watch already.