Exclusive! Farah Khan: ‘I Am Maybe The First Technician Who Was Recognised By Her Face And Voice Because Of Being On TV’ 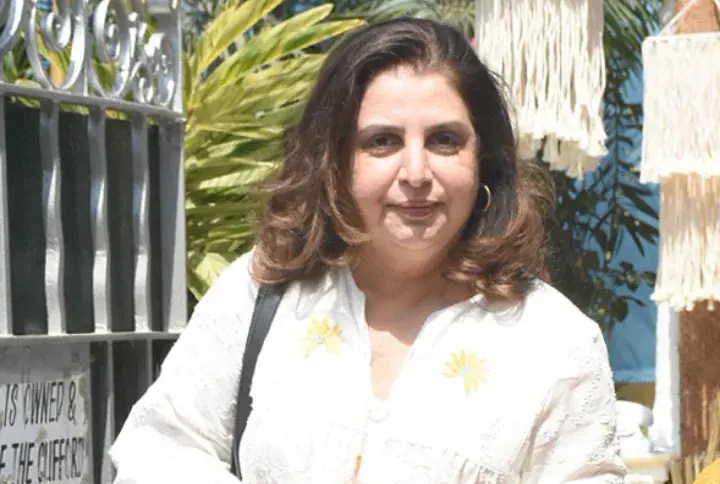 Exclusive! Farah Khan: ‘I Am Maybe The First Technician Who Was Recognised By Her Face And Voice Because Of Being On TV’

Well, I must say in this age of social media, filmmaker Farah Khan is my favorite as she always stands out on Instagram (for comment on bestie Karan Johar‘s style). But it’s not just her social media avatar, also her little stints on TV impress me a lot. Yes, Farah has been a strong part of the medium, in fact, she is a constant on Bigg Boss and we have seen her take on hosting reality shows or judging them many times. Now, Farah is seen on the comedy game show called The Khatra Khatra Show which also has Bharti Singh and Haarsh Limbachiyaa as an important part.

Watch the glimpses of the show here:

And it is the amazing ‘Farah ke fatke‘ that I enjoy watching on the show, well, the show has just begun this Sunday. But ahead of that, I caught up with Farah for a quick chat and there were so many interesting things she had to share.

What about The Khatra Khatra Show has appealed to you the most?

It’s lovely, I decided to take up the show because it’s a very successful franchise. And they only wanted me on weekends, so I am not there every day on the shoot which works very well for me also. I am very comfortable with Haarsh and Bharti, we have done a lot of shows. They are the host on all the talent shows I judge. For me the exciting part was that all this season’s Bigg Boss contestants are participants, so I am in Disneyland. I am such a huge Bigg Boss fan, I am not excited when the Bollywood celebrities come, I am most excited when I see Pratik Sehajpal, Nishant Bhat, Karan Kundrra, Umar Riaz coming on the show. That for me is very exciting.

We often see you being a part of TV shows, do you enjoy being associated with this medium?

I completely enjoy being on television. TV has given me a lot, I am maybe the first technician who was recognized by her face and voice because of being on TV. I have been on television for 18 years and I have pretty much done every genre of shows. From Bigg Boss to Khatron Ke Khiladi to now Khatra Khatra. Comedy, cooking, chat shows, I have done it all.

Today, we are in an exciting space of entertainment, lines have blurred and a lot of Bollywood stars are being on TV. As an artist, do you think it’s great?

I think people earlier were scared of coming on television, actors especially, not for me so much because I was not an actor. For me, TV gave my work a face, but I think it all started when Mr. Bachchan came on KBC (Kaun Banega Crorepati). That was pathbreaking, after that pretty much every actor has come on TV, some have been very successful, while some have not connected that well. I am glad that from 18 years, I am still being sought after on TV and being called to either host or judge or do a weekend episode.

If there has to be a memory you have from being on TV, what would that be?

I have a lot of memories, but some shows are very close to your heart, like Indian Idol will always be special because it was the first reality show ever on Indian TV. It did so well, and then, of course, we are so good at copying everything. There are certain shows that I genuinely love doing, these mad shows like Entertainment Ke Liye Kuch Bhi Karega, I used to love that show. It was such a great laugh riot and you used to see some fabulous acts. I like shows that are not so scripted. Sometimes I feel, reality TV has become very scripted, the moments and everything are all very color by numbers. The Khatra Khatra Show is completely unscripted. This is why I also like Bigg Boss, people there are just acting how they are. I should be in the Guinness book now for the amount of shows I have done.

I love Farah Khan for being an honest entertainer and for me that is what makes her a delight to watch on screen.