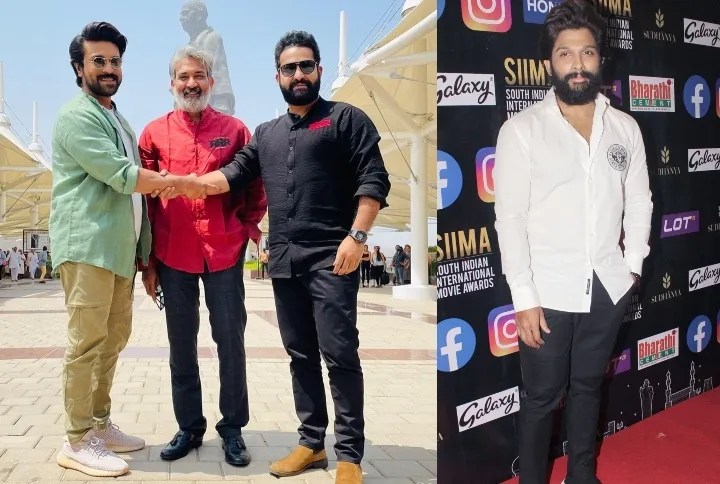 RRR starring Ramcharan and JR. NTR, directed by SS Rajamouli, has surpassed expectations with its quality of cinema, grandeur, canvas and left everyone impressed. The audience is lapping up on the film is evident from its numbers. The film has a worldwide gross total of about 230 crores on Day 1.

While these numbers are proof that the audience is loving the film, several industry insiders and actors are also praising RRR. Allu Arjun who has just given the biggest hit of all times – Pushpa: The Rise and is a global star himself, took to Twitter to praise this SS Rajamouli biggie and its performances.

@tarak9999 for a spectacular show. Brilliant Presence by respected @ajaydevgn Garu & our sweetest @aliaa08 . And my spl wishes to @mmkeeravaani garu, @DOPSenthilKumar garu, Dvv Danayya garu & many others. Thank you all for making INDIAN CINEMA proud. This is a Kille R R R !

Arjun praised the whole cast and crew including Ajay Devgn, Alia Bhatt and of course – Jr NTR, Rajamouli and Ramcharan. I’m so amazed to see such a star praising someone’s film and work, with actors coming in support of one another exuding such bromance!