Exclusive! ‘My Wife And I Feel Lighter Now After Opening Up About Our Relationship On National Television’ : Ankit Tiwari 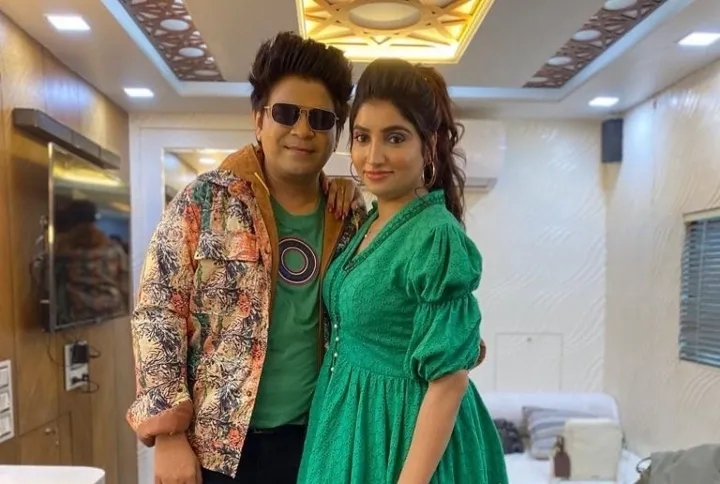 Exclusive! ‘My Wife And I Feel Lighter Now After Opening Up About Our Relationship On National Television’ : Ankit Tiwari

Singer and composer Ankit Tiwari is presently seen on the television show Smart Jodi with his wife Pallavi. Ankit and Pallavi are one of the strongest couples on the show which also has other contestants like Ankita Lokhande with husband Vicky Jain, actress Bhagyashree with husband Himalaya Dasani amongst many others.

Recently when I spoke to Tiwari, he opened up about the reason for taking up this show and what made him feel comfortable to speak about the problems in his marriage amidst much more.

“We spend 12 hours a day shooting an episode and I took up the show just to be able to spend time with my wife because otherwise I’m just busy in my work.”

The couple also confessed on the show that the two were about to get separated. Tiwari had sent divorce papers to his wife but then the duo decided to give another chance to their marriage.

I asked Ankit what made him feel comfortable to speak about the rough patch in their marriage and here’s what he confessed.

“The decision was between her and me. It’s not about ending a relationship easily but you must try to save it as much as you can. My purpose to share that on national television was that when a girl comes to your house after marriage she leaves her family and everything. As a husband, it’s your duty that she doesn’t miss her family or her father. She left her father and came to you and it’s your responsibility to take care of her because her father treated her like a princess. My intent was to tell people that we must preserve our relationships. We must respect women, because they deserve it and they play so many different roles when they come to your life. Being a housewife is tough, and we must respect that. India just doesn’t comprise of Mumbai, I’m talking about women from the whole of India. We must respect women, and the day we men realise it, everything will get beautiful.”

What’s wonderful is that Ankit and Pallavi’s relationship has actually gotten better after participating in Smart Jodi. There’s also a lot more understanding in their relationship.

“We both have accepted our flaws on national television so we feel much lighter now. I’m very clear about our relationship now and serious enough to speak about it publicly. My wife and I feel lighter now after opening up about our relationship on national television and our respect for each other has increased. Now when we sit with each other, it’s a different bonding and understanding that we’ve gone through a bad phase and now come out of it.”

It’s so lovely to hear that and here’s wishing that the couple always stays happy and in love with each other. On the music front, Ankit’s next project includes Ek Villain Returns which I’m looking forward to, because Galiyaan from Ek Villain continues to remain memorable even now.