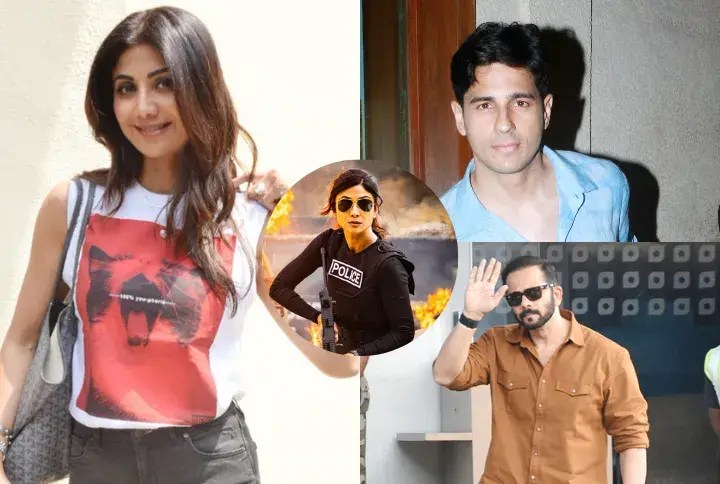 I have been quite an ardent fan of Rohit Shetty‘s cop universe always, and recently, the filmmaker treated us to the great news of expanding the universe beyond Singham, Simmba, and Sooryanvanshi. Also, what’s new is that the universe is expanding into the OTT space. Earlier this week, we saw Sidharth Malhotra team up with Rohit in this universe and now the first actress to join the men in this cop universe is Shilpa Shetty Kundra. Yes, she will also be seen as a police officer in the action series titled, Indian Police Force.

While Shilpa’s look from the Amazon Prime Video show looks very impressive, I am waiting to see this Rohit Shetty-style action-packed series rule the webspace and how.

But before that checkout Shilpa’s cop-avatar here:

Also, don’t miss Sidharth Malhotra looking all handsome in a uniform once again for this series…

Being one of the most ambitious projects of Rohit Shetty, Indian Police Force is a proud ode to the selfless, fierce, and committed police officers of the country. While the series is being shot currently, it is already touted to be India’s biggest action series.

On announcing the series, Rohit Shetty had said, earlier this week…

Indian Police Force is a very special one for me and I’ve been working on it for years. I’m delighted to be collaborating with Amazon Prime Video to breathe life into this story which will transcend geographies and linguistic barriers, providing me an opportunity to showcase the same to audiences worldwide. I am super excited to be working with the amazingly talented Sidharth Malhotra in this series. I have always strived to push the envelope of action-first entertainment and with this series, I am confident we will create a new benchmark.

Check out the announcement video here:

Well, I am looking forward to seeing Shilpa in a boss lady stance as a police officer in this one. In fact, the first look of her from the show has left me quite impressed. Other than this, workwise we will see the actress in Nikamma and Sukhee soon. However, I am most excited for this one now!