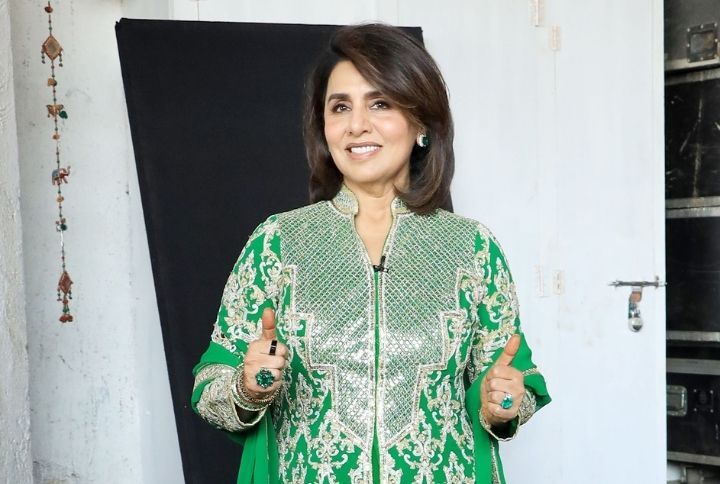 Recently, at Ranbir Kapoor‘s wedding with Alia Bhatt, we say how dearly the entire family missed the legendary actor, the Late Rishi Kapoor. Especially, wife Neetu Kapoor and son Ranbir evidently missed him the most. I remember how Neetuji engraved his name in the Mehendi design she put for Ranbir’s wedding. Even their son, Ranbir danced with his late father’s photo frame during the wedding celebrations. And looks like Rishiji’s void will take some time to fill in Neetuji’s life. Well, seeing the actress get emotional in the upcoming episode of Dance Deewane Juniors, melted my heart.

Recently, Neetuji got emotional on the sets of the reality show remembering her late husband. It so happened that a contestant named Junior Bani impressed the judges with her dance performance and after the act, Bani’s grandmother came on stage and revealed that her husband met the late Rishi Kapoor in 1974, and how Rishiji always helped him. She also showed a picture of her husband along with Raj Kapoor and Rishi Kapoor and sang lambi judaai for Neetuji.

On seeing the picture Neetuji got emotional and said,

I would love to witness this heartwarming moment on the show this weekend. On the work front, Neetuji will be seen on the big screen in the film Jug Jugg Jeeyo along with Anil Kapoor, Kiara Advani, and Varun Dhawan.

Seeing the actress fondly remember the Sharmaji Namkeen actor only makes me want to have a love story like them.