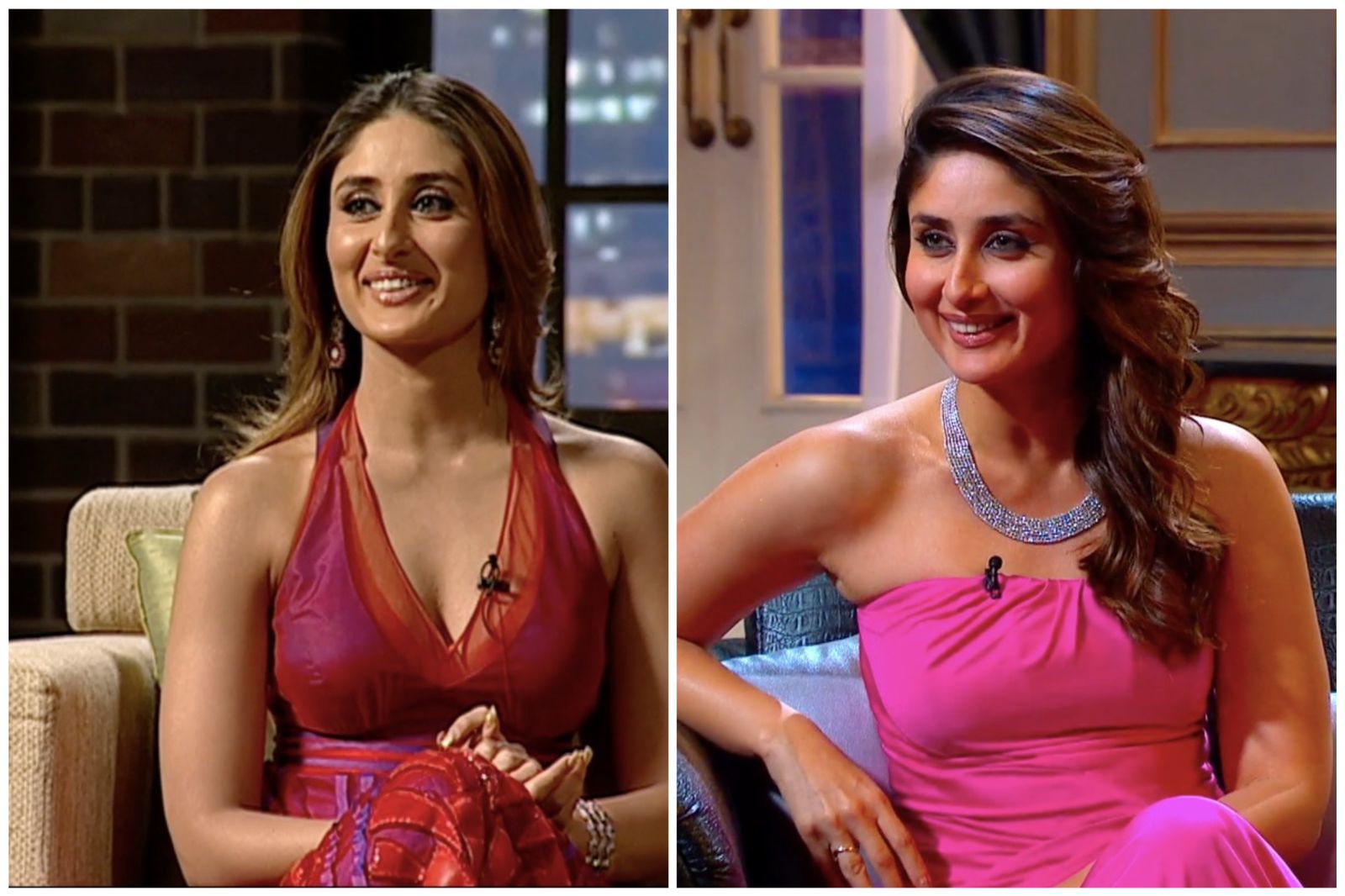 Kareena Kapoor Khan has been a series regular on Koffee With Karan and we’ve grown to adore her even more with each season. There’s so much to enjoy about watching her in a rather playful element pulling Karan Johar’s leg and engaging in so much banter. Season 7 of the show is almost here and with the trailer of Koffee With Karan Season 7’s trailer out, we’re even more excited! However, apart from her riveting personality, what’s kept us hooked throughout every season of Koffee With Karan are her iconic makeup looks.

Well, it’s no secret that our beloved Bebo is Bollywood’s reigning beauty queen. If we’re being honest, she’s set numerous beauty trends across the years that we’ve followed. I remember purchasing a dark brown lip liner and a light brown lipstick just because I saw Kareena sport it in a movie. So naturally, she’s quite the beauty icon. Though we saw her don her patent makeup looks and hairstyles throughout all the seasons of Koffee With Karan, with each season she just took us by storm.

Here’s an evolution of Kareena Kapoor Khan’s makeup and hairstyles throughout each season.

Considering the fact that Season 1 of Koffee With Karan was peak Y2K time, it’s no surprise that we saw Kareena Kapoor Khan channel some of that energy. With a sweep of subtle golden shimmer on her eyelids, Kareena’s also tightlined her eyes to define them with a soft foxy feel. Her lips are outlined with a mauve liner and filled in with a nude gloss— go early 00’s! And how can we forget those blown-to-perfection outward curls?

Not straying too far from her beauty choices in Season 1, Kareena stayed true to that early 00’s feeling. This time around she went for some soft silver shimmer that brightened her eyes quite a bit. We see her with a really subdued coral blush that doesn’t overpower her cheeks at all. This time around Kareena went for completely glossy, nude lips and let’s just say uff! Don’t you think that voluminous blowout goes perfectly with her outfit? We think so too.

This time around, Kareena decided to keep things a tad bit minimal with her makeup and hair too. She’s opted for some sleek eyeliner which defines her gorgeous eyes so well. Her eyeshadow appears to be a nude hue, something that’s closer to her skin tone. However, our favourite part about this look has to be her ultra radiant skin! The blonde locks have disappeared and we see jet black, sleek hair that brings out her glow.

In Season 4 of Koffee With Karan, the ultra glowing skin makes a smashing comeback. Hey, we’re not complaining! Kareena’s chosen a wash of soft warm-toned colour on her eyes, because let’s be honest, all of our attention is on that ravishing pink dress. Unlike her usual smouldering black kohl, she’s opted for a cool grey on her lower lashline. We LIKE! With a crystal pink lip that complements her outfit, Kareena looks every bit regal, no? Oh, and that side-swept hairdo is on our must-try lists!

Okay, NGL we were howling at Kareena in her Season 5 appearance on Koffee With Karan because those expressions and comebacks? Uff! The pregnancy glow is real and Bebo’s a massive example of that. Her eyelids have some soft pink eyeshadow all over them and they’re lined with a cool-toned brown kohl, so as to keep things subdued. Her cheeks have a natural flush, which we think can be credited to her pregnancy! Kareena opted for a rather nude lip, which is a great companion for her black outfit. Unlike previous seasons, this time around her tresses have a rather messy vibe with the waves and curls, and we’re all for it.

Arguably Kareena’s best appearance on Koffee With Karan was in Season 6 when she appeared for the season finale. What an episode that was! With a sleek wing on her eyes, Kareena’s eyeshadow option this time around was some nude shimmer. She opted for some white kohl to line her undereyes, because that’s the secret to making em stand out! With a soft orangey flush on her cheeks, we gotta admit that we miss the contour a lil bit. Kareena’s lips were flush with a slightly glossy pink hue that we adored! Side-parted beach waves were her choice of hairstyle and boy did it look stunning!

With Koffee With Karan Season 7 trailer dropping in today and its first episode airing on 7th July, only on Disney+ Hotstar we can’t wait to see all that is going to brew. More so, we’re even more excited to see Kareena Kapoor Khan’s makeup look in this season.

Follow @missmalinibeauty for more on everything related to makeup, hair and skincare!