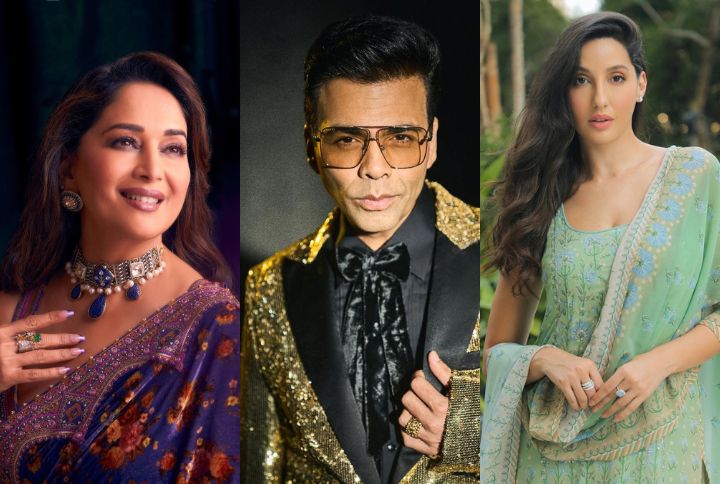 What I love about Indian television space is the amazing variety it offers in the reality show space. While we have shows like Khatron Ke Khiladi, Bigg Boss, Roadies, etc, there are many singing and dancing shows too. However, from them my favourite always used to be Jhalak Dikhhla Jaa, sadly, the show had gone off-air for some years, but the great news is that it is coming back. After a long hiatus of 5 years, the celebrity dance reality show is coming back on Colors TV in a bigger way. In fact, the judges for the show have been finalized and they all add up to the glamour quotient we will see soon on Jhalak Dikhhla Jaa. It is Karan Johar, Madhuri Dixit Nene, and Nora Fatehi will be sharing the panel for the 10th season.

Well, a date has not been announced yet, nor do I know who will be the participants, but I am excited to see the TV celebs who will shake a leg on this amazing dance floor. For those who are unaware of the concept of the show, let me tell you, Jhalak Dikhhla Jaa has celebrities from the TV industry paired with a choreographer to dish out some very amazing performances. In the end, only the best man/woman wins.

Talking about joining the show as a judge, Karan Johar says…

Nothing gives me more joy than to be a part of a show that is a one-stop destination for impeccable dance, glamour, and entertainment. ‘Jhalak Dikhhla Jaa’ has been one of the most beloved dance reality shows of our country. It is my first reality show as a judge and has been a huge part of my television journey. I am excited to return on this show and join Madhuri and Nora on the judges’ panel. Brace yourselves, as this upcoming season promises to flood your screens with fabulous performances and endless entertainment.

Jhalak Dikhhla Jaa is a huge platform for all the celebrities to connect with their fans and showcase their unseen dance avatar. I have witnessed many non-dancers evolve into great dancers on the show and have an incredible transformation journey. Having judged four seasons in the past, this show holds a very special place in my heart, and it feels like a homecoming to me. With Karan Johar and Nora Fatehi joining in, it is going to be a house on fire, and I am eagerly looking forward to it.

Life has come full circle for me as I take on the role of a judge on Jhalak Dikhhla Jaa after being a former contestant. It is every artist’s dream to share the screen with the epitome of dance and grace – Madhuri Dixit and it still feels surreal that I will be joining her on the judge’s panel along with Karan Johar. I have great respect for Karan Johar, whether it’s his film making or his style and therefore it’s wonderful to share a platform with him. It is definitely an exciting new chapter that I am incredibly elated about and looking forward to.

On the work front, we saw Nora judging Dance Deewane Juniors last, as, for Madhuri, she was seen in the web show titled, The Fame Game. Karan Johar too is currently seen hosting his chat show Koffee With Karan Season 7. Now with so much talent under one roof and on the same panel, the new season of Jhalak Dikhhla Jaa already has my attention. The show is coming soon and I only want it to arrive sooner. Stay tuned!