Koffee With Karan Season 7 Episode 6: ‘Why Does It Feel Like I Am Being Called On The Show To Be Trolled By Sonam?’– Arjun Kapoor 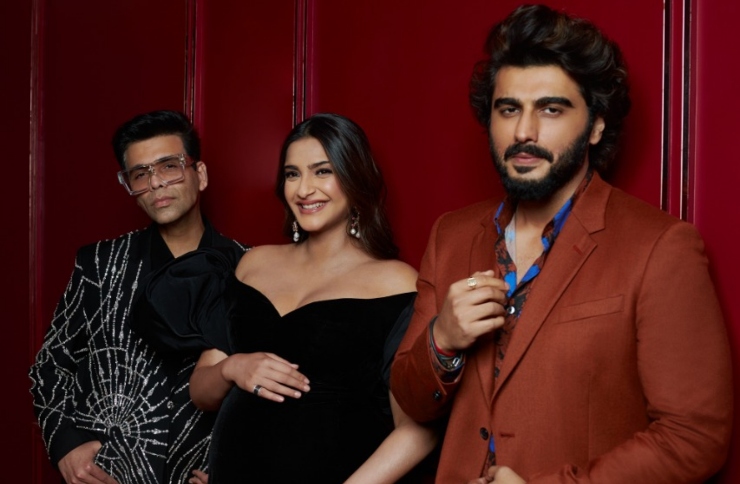 Koffee With Karan Season 7 Episode 6: ‘Why Does It Feel Like I Am Being Called On The Show To Be Trolled By Sonam?’– Arjun Kapoor

I patiently look forward to Koffee With Karan Season 7. Last week’s episode featuring Aamir Khan and Kareena Kapoor Khan was full of laughter and candidness. The host Karan Johar made sure to keep the episode entertaining. Meanwhile, the makers have dropped this week’s promo and I am too excited to watch Arjun Kapoor and Sonam Kapoor Ahuja, who is embracing motherhood share the couch.

You can watch the trailer here:

I must say I thoroughly enjoyed watching the trailer. I feel Sonam and Arjun did their best to make Karan laugh with their witty answers. During one one of the rounds, Sonam asked Arjun to name the most annoying thing about her. In a hilarious manner, Arjun replied saying,” You don’t wait for anyone to give you a compliment!”

I think the episode was full of madness and friendly banter. At one point of time Arjun says,” Why does it feel like I am being called on the show to be trolled by Sonam?” The actor also shares about the process of his body transformation.

Another round I am too excited about KWK rapid fire where Arjun also opened about how he has stored Malika Arora’s number on his phone. Few days ago he also posted pictures on his social media about discovering Iyengar yoga with the help of Malaika.

On the other hand, Sonam feels Ranbir Kapoor is the man of the moment as he is promoting his upcoming film Shiva Number One. I am sure she means Brahmastra: Part One-Shiva. I must say that was too cute!

I think it is going to one a show to look out for. However, I also enjoyed the episode featuring Ananya Panday and Vijay Deverakonda, where both the actors discussed their love life.