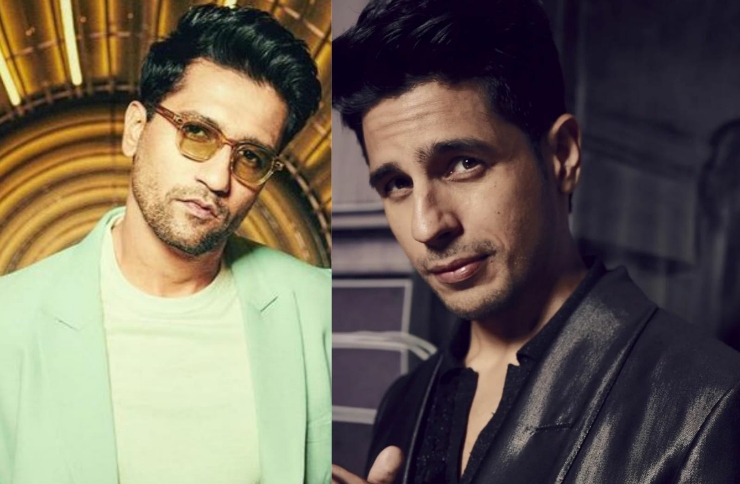 Week after week the episodes of Koffee With Karan Season 7 are getting more entertaining. After enjoying the Raksha Bandhan special episode featuring Sonam Kapoor Ahuja and Arjun Kapoor, I was looking forward to Vicky Kaushal and Sidharth Malhotra sharing the couch. And I must say that I enjoyed each and every bit of today’s episode. It was a treat to watch two Punjabi men letting their hearts out in front of Karan Johar. I must say the Punjabi munda vibe of these two stars are extremely charming in this episode.

During this special episode of KWK the two good looking actors spoke candidly about their work and private lives. Here are the highlights of this week’s episode:

Vicky spoke about how Katrina Kaif is his biggest supporter and critic at the same time. He gave the credit to the show where Katrina mentioned about looking good with him. Another thing I enjoyed watching was Vicky’s reactions to the memes that were doing rounds during their wedding.

On the other hand, Sidharth also opened up about dating Kiara Advani. The Shershaah star also states that he is thankful for Kiara to be single. He further mentions that he has saved Kiara’s number as ‘Ki’.

I also like the way how Vicky spoke about disappointment when films like Takht and Ashwatthama were shelved. He narrated how he went to the gym and told his trainer to give him the most challenging workout. He also goes on speaking about thinking it over for just one day and then moving on with life.

The most exciting round was the My Glamm Slam Zone where Vicky surpasses Sidharth with his witty and spontaneous answers. In this round Karan asks the two actors to mention words in a Punjabi accent. Vicky with his innocent Punjabi accent wins this part of the game.

Week after week the episodes are getting more entertaining. I wonder who the guests are in next week’s episode?