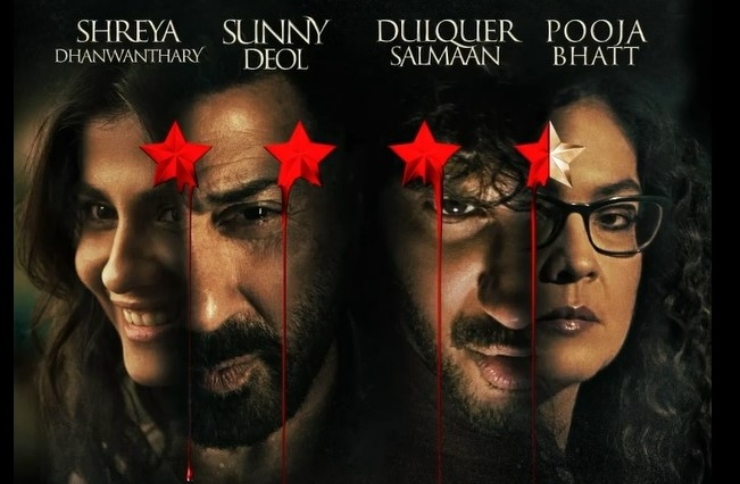 R Balki is one of the genius director’s of our industry. After Pad Man, I was looking forward to his next. When he announced Chup, I couldn’t contain my excitement. The film features a stellar cast starring Dulquer Salmaan, Sunny Deol, Pooja Bhatt and Shreya Dhanwanthary. The film’s motion poster was released today and I must say it is spooky.

Check out the poster here:

As the clip starts, you can hear Geeta Dutt’s famous song Jaane Kya Tune Kahi in the background. Slowly half of the faces of actors become visible with their names. At the bottom of the poster, a man is shown and suddenly someone screams. The clip ends with a loud noise of Sunny Deol yelling Chup.

The film has been written and directed by R. Balki. Last Month, the makers had released the first teaser of the film on the occasion of Guru Dutt’s anniversary. As the clip begins, you can see Dulquer’s character is making flowers from a newspaper. He is singing happy birthday to you like a neglected love. Sunny’s character also appears in the video.

A voice of Shreya in the background is heard who says,” Kagaaz Ke Phool was criticized a lot during that time.” However someone screams Chup in the background. Here another timeless Geeta Dutt song Waqt Ne Kiya, Kya Haseen Sitam is heard in the background. The tagline ‘Revenge of the Artist’ appears on screen. The film is touted to be a psychological thriller.

The project was announced during the death anniversary of filmmaker Guru Dutt in 2021. Director Balki had mentioned it was ‘a tribute to the sensitive artist’. During that time in the first motion poster, the filmmaker’s face was shown with the song Yeh Duniya Agar Mil Bhi Jaye Toh Kya playing in the background. The film’s release has not been announced yet.

Well, I am quite amazed by the thrilling subject, I can’t contain my excitement to watch the trailer of Chup which releases on 5th September.