The Horror Movie Edit: 9 Films You Need To Give A Watch ASAP 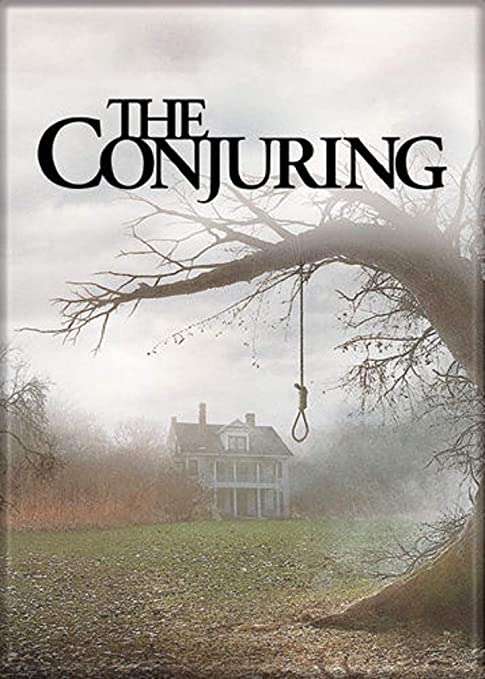 The Horror Movie Edit: 9 Films You Need To Give A Watch ASAP

I love watching terrifying horror movies in the middle of the night when I’m home alone. There, I said it out loud. I’m one of those people that the Internet warns you about. Just kidding. Horror as a genre has always been something that’s extremely close to my heart. I know it sounds quite absurd, no? But take a minute to pause and think to yourself, how great it is to watch a well-made horror movie.

Horror movies aren’t just about the scathing ghosts or random jump scares that jolt the living daylights out of you. They’re also about the story these movies weave with their plots and characters. A great horror movie has the perfect mix of— an unthinkable plot, complex characters, surprising jumpscares, a little gore and some light moments too. As someone who watches horror films regularly to calm herself down, I’ve got a pretty great idea of which ones are the best ones on the block. I know this genre isn’t really your first pick but on some days a horror movie is all you need.

Here are 9 movies that need to be on your watch list!

Probably everyone’s watched this classic one on the list. The Ring is a chilling supernatural horror film that will make you terrified for days to come. I know I was. A journalist, after the mysterious death of her niece, begins investigating a videotape that causes people to die within a week of them viewing this videotape. Adapted from a Japanese film, this film is a must-watch if you haven’t seen it already.

A Tale Of Two Sisters

Okay, Korean horror films are a class apart and The Tale Of Two Sisters is what got me hooked. Not only is it a gripping horror movie, but it has a ton of psychological twists and turns that will leave you perplexed and how! This one tells us the story of 2 young sisters returning home from a mental institution to their father and cruel stepmother. But not only do they have to deal with the torment of her stepmother’s antics but also with the ghost of their dead mother.

The Texas Chainsaw Massacre is a gory classic that’s never going out of style. Especially with all of the remakes it sees! Slasher films have whole different magic to them, don’t you think so? What could possibly go wrong with 5 teenagers driving through rural Texas? Let me tell you, encountering a deranged killer and his psychopathic family! Fair warning, there is a ton of gore and bloodshed in this one.

Everyone’s favourite on this list, I’m sure and mine too! Watching The Conjuring knowing that it’s a true story that inspired all of the events shown is what makes this even scarier. The story follows the tale of the Perron family who moved into a lovely estate haunted by a “witch”. Right from hearing noises in the house to a stale stench floating around, all of it was happening with this family. Till they called upon 2 demonologists to save them from this agony.

Probably one of the freakiest folk horror movies ever made, Midsommar is a 2019 film directed by Ari Aster. It traces the story of a troubled young woman who visits a small Swedish town with her partner and his friends. What was supposed to be a fun vacation in the mountains turned into a ghastly event of rituals and horror.

NGL, anything by Mike Flanagan is a guaranteed great watch. Gerald’s Game revolves around a married couple who’s trying their level best to spice things up in their marriage. They decide to take a trip to their cabin in the woods in order to save their marriage. However, tragedy unfolds when the husband dies of a heart attack whilst the wife is handcuffed to the bed. The rest of the film is all about her trying to survive and break out.

After the Conjuring, we’ve pretty much realised that there’s nothing scarier than a horror film that’s based on true events. The Amityville Horror is a series of movies that tells us the story of the Lutz family who is tormented by paranormal happenings after moving into a new house. According to reports, Ronald DeFeo Jr., a previous owner, killed 6 members of his family by shooting them and caused the house to be haunted.

We get it, not everyone’s a fan of classic horror so we got a psychological horror film on the list too. Berlin Syndrome is an intense film that traces the steps of an Australian photographer who visits Germany and crosses paths with a local English teacher. What seems like a fun, casual relationship soon becomes a horrific experience for her.

This supernatural horror movie tells us the story of various individuals receiving terrifying voice mails from their future selves. The reason these voice mails are so sinister is that they contain the details of how these individuals are going to die. A great balance between classic horror and some suspense makes for a great watch.