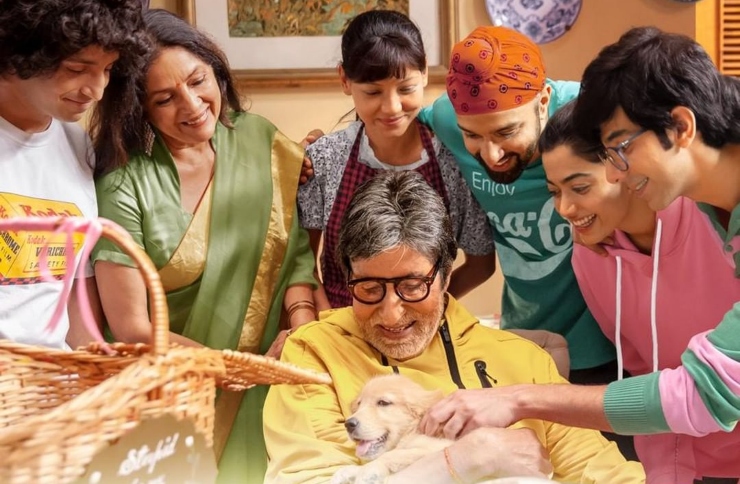 It has been a while since I was touched by any promo of a Bollywood movie. Today, Amitabh Bachchan, Neena Gupta and Rashmika Mandanna starrer film Goodbye’s promo made me emotional. Directed by Vikas Bahl, the film is a story of a troubled relationship between a father and his children. The premises of the plot revolves around the death of the mother.

Before elaborating more on the plot, here’s a look at the trailer:

The story of Goodbye revolves around self-discovery, the importance of family and the celebration of life in every circumstance beautifully depicted by the Bhalla family. It is a heartwarming story of every Indian family ever that takes the gloomiest period to make sunshine and promises to be closer though a loved one has gone far away.

After looking at the promo, I was able to relate to the situations depicted in the film. There were moments where you will feel just helpless in certain situations. The scenes have struck the right emotional chords in me.

The thespian Amitabh Bachchan and Southern heartthrob Rashmika Mandanna will be seen sharing a father-daughter relationship and their bond evolves with the changing aspects of life. The film portrays the mayhem of every family dealing with the ups and downs that life throws but it also gently reminds the significance of being there for each other, through it all.

The trailer of the film touches your heart and takes you on a roller-coaster ride of emotions. The film also stars Pavail Gulati, Elli Avram, Sunil Grover, Sahil Mehta and Abhishek Khan in pivotal roles.

Produced by Ektaa R Kapoor’s Balaji Motion Pictures in association with Good Co., GoodBye is all set for worldwide release in cinemas on 7th October, 2022. After looking at the trailer, I can’t wait to watch the film in the theatre.