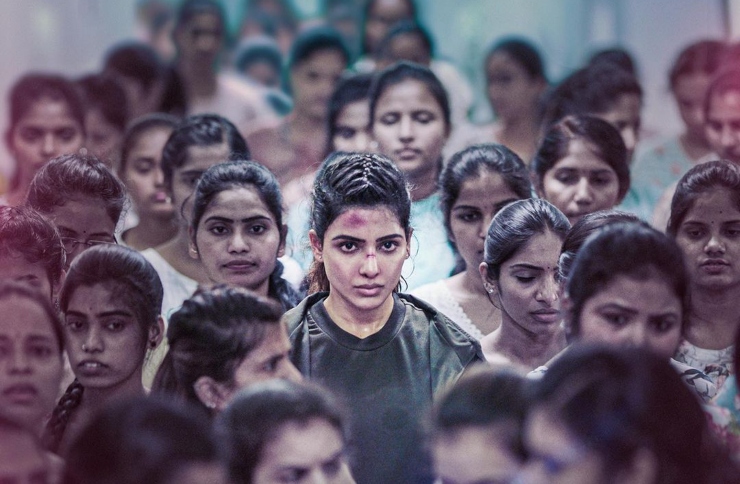 I became a fan of Samantha Ruth Prabhu when I saw her dancing to Oo Antava in Pushpa: The Rise. Post that, she was admirable as Raji in The Family Man. Few days ago, the actress dropped the poster of her upcoming thriller Yashoda on social media. It made me curious about the project. And, today after much anticipation and excitement, the teaser for Samantha’s first Hindi theatrical film was released. The film unveils the plight of a pregnant woman battling the odds in the action thriller, juxtaposing the do’s and don’ts of pregnancy.

You can check out the teaser here:

The teaser starts with a scene of a pregnant lady sitting at the gynecologist’s clinic. As it proceeds ahead, the story unfolds Samantha challenging the do’s and don’ts of pregnancy while packing a punch, and being chased by someone in the action thriller. It gives you the first glimpse into the twisted yet intriguing world of Yashoda.

The teaser builds just the right amount of interest without revealing much about the plot. It promises to create anticipation for the edge-of-the-set action thriller. It unravels different characteristics of her titular character which made me curious to know more about what is going to happen next in the story.

Set against an intriguing premise, Yashoda produced by Sivalenka Krishna Prasad is mounted on a large scale, releasing in five languages including Hindi, Tamil, Telugu, Kannada and Malayalam.

Co-starring Varalaxmi Sarathkumar, Unni Mukundan along with Samantha, the film unravels yet another aspect of the actor’s versatility.

Backed by a strong technical crew, Yashoda onboarded a talented team of Mani Sharma for music, M Sukumar for cinematography and Marthand K Venkatesh as the editor.

Directed by Hari and Harish, Yashoda is produced by Sivalenka Krishna Prasad under the banner of Sridevi Movies and is set to release this year.