Zwigato Trailer: Kapil Sharma As A Struggling Delivery Boy Will Make You Emotional 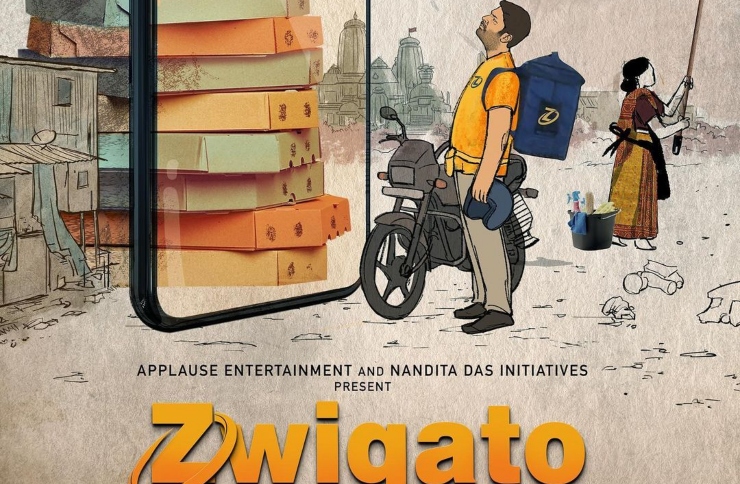 Zwigato Trailer: Kapil Sharma As A Struggling Delivery Boy Will Make You Emotional

Whenever I think of laughing, Kapil Sharma comes into my mind. The actor, who has made me laugh all these years through his stint on TV has made a name for himself in films as well. Kapil will be seen in an upcoming project Zwigato. The good thing about the film is that it had a successful world premiere at The Toronto International Festival. Now, Zwigato is all set to win hearts at The Busan International Film Festival. The makers released its trailer and I must say that Kapil’s character as a delivery boy will leave you emotional.

Here’s a sneak peek into the world of Zwigato, check out the International trailer here:

The trailer starts with Kapil arriving to deliver food at a building. He has to take the staircase as delivery personnel are not allowed to use the elevator. He stays with a son and wife. He is unable to give a quality lifestyle to his family. His wife, played by Shahana Goswami, also takes up a job to support the family. As the trailer concludes, you will see him throwing a phone in rage when the customer cancels the order.

Applause Entertainment and Nandita Das Initiatives present ‘Zwigato’, directed by Nandita Das. The film is about an ex-floor manager of a factory who loses his job during the pandemic. He then works as a food delivery rider, grappling with the world of ratings and incentives.

To support the income, his homemaker wife begins to explore different work opportunities, with fear but also excitement of a new found independence. The film is about the relentlessness of life, but not without their shared moments of joy.

It captures the lives of invisible ‘ordinary’ people, hidden in plain sight. Zwigato will premiere from October 5 to 14 October at the 27th Busan International Film Festival this year.