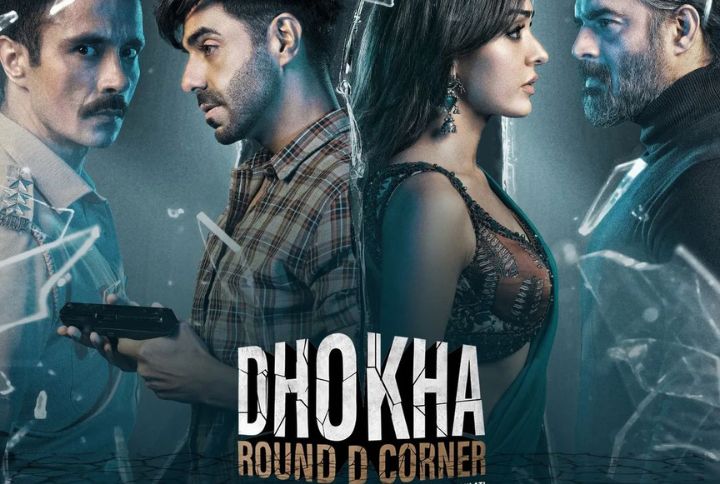 In a day and age where it’s raining thrillers, anyone attempting the genre has to outdo some great competition. And when watched the not-so-romantic psychological thriller, Dhokha Round D Corner yesterday, I was very impressed with the story director Kookie Gulati tells. What I liked about the film the most was that even though it had lots of swift twists and turns in the plot, it was quite compact. In fact, the culmination to the climax is very smooth and effortless, leaving you jaw-dropped when the ‘dhokha’ unfolds. R.Madhavan, Khushalii Kumar, Aparshakti Khurana, and Darshan Kumaar bring to us a nail-biting film with amazing performances.

All in all, Dhokha Round D Corner is an interesting watch, even though there are a few places where the story could have been better, but those a very tiny bits. But the performances everyone has delivered are why you need to watch this thriller.

Things I liked about Dhokha Round D Corner:

For me, the hero of this film is actress Khushalii Kumar. In fact, it doesn’t look like this is her debut film, I say this because of the depth she brings with her performance and the control she showcases with her character. Suffering from a delusional disorder and switching behavioural patterns in a few seconds is quite a task, but it sure seemed like a cakewalk for Khushalii. After watching this, I can say, Khushalii is someone to watch out for.

Gauging the right nuances to play a character from a different ethnicity takes quite some preparation. And as Haq Gul, there was not a second I could feel that Aparshakti is not from Kashmir. From the look to the accent, the way he has gotten into the skin of the character was so brilliant. Being a true performer, Aparshakti has gotten just the right grit to his terrorist avatar in the film, but what I also loved was to see the vulnerable side that actually makes you feel bad for him after a point.

Darshan’s character in the film is actually the surprise package, the most layered one. While it is graceful and suave, Mr. right demeanour that he carries, the big revelation about his true nature is what actually leaves you mind-blown. And Darshan’s sincere yet earnest portrayal of the character just does the deed.

Things that could have been better:

While I have no absolute complaints about R. Madhvan’s performance, it had to do with the writing. I feel his role should have had a little more meat. R. Madhavan is underused in the script, maybe that’s what the story demanded, however, as a viewer there was a little more impact, I was seeking in his character.

2. The portrayal of media

The way the story has been stitched is surely brilliant however, a few stitches were loosely taken. One of them was the media has been portrayed in the film. It looked a little overdone in the way they covered the issue. Especially, a part where a fictional media person mimicked a renowned TV journalist looked a little unnecessary. But this aspect can be overlooked given the amazing story that is being told.

Produced by Bhushan Kumar and Krishan Kumar’s T-Series, the film releases in theatres tomorrow, 23rd September. And like I said it’s quite a water-tight narrative with stellar performances from Khushalii and Aparshakti especially. Do watch!