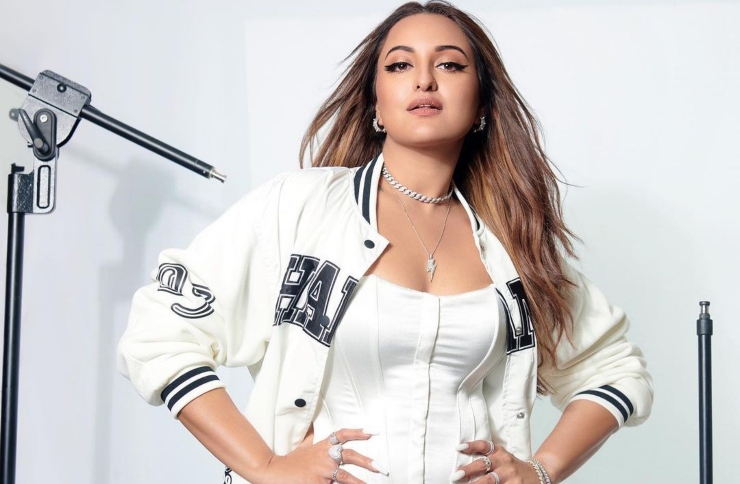 I feel Sonakshi Sinha is one of the most talented actresses of the era. She has always impressed the fans whether it’s for her impeccable fashion sense, her superhit films, her entrepreneurial stint or her multiple record-breaking songs. There are multiple chartbusters and iconic songs that are top favorites of fans even today! Here’s a list of the most exciting songs that Sonakshi has been a part of in her acting career.

Before checking them out, here’s a look at her recent song Blockbuster with Zaheer Iqbal:

The very first song that comes to my mind is Mungda from Total Dhamaal. It features Sonakshi in a glamorous avatar, showing her amazing moves. The track became a big blockbuster and crossed over 300 million views on many social media platforms.

Check out the song here:

Saree Ke Fall Se is another song that received tremendous popularity amongst the audiences. It is still everybody’s favorite when it comes to a sangeet or grooving with your old friends. The song and its hook step aced by Sonakshi and Shahid Kapoor is still fresh in people’s minds like the song came out yesterday.

Check it out here:

A soulful melody Sawaar Loon also features in my list. The song is the epitome of love and its beauty. It is the most ever-green track of Sonakshi’s career. The track depicts the beautiful chemistry between her and Ranveer Singh in the film. It sees the blooming romance of the couple and the lyrics and tune of the has touched millions of hearts over the years.

Enjoy the melody her:

Another super hit and remarkable song by Sonakshi Sinha is Go Go Govinda. It sets you right in the festive mood and has a hook step that’s also remembered by audiences to date. The festival of Janmashtami feels incomplete without it and all credit goes to the actress.
Check it out here:

The most epic song by Shahid and Sonakshi is Gandi Baat. The song created a massive buzz when it came out and is still the life of every party amongst youngsters.

Her recent song, BLOCKBUSTER with Zaheer also proved to be a real blockbuster with their crackling chemistry! The music, beats will make you tap your feet too!