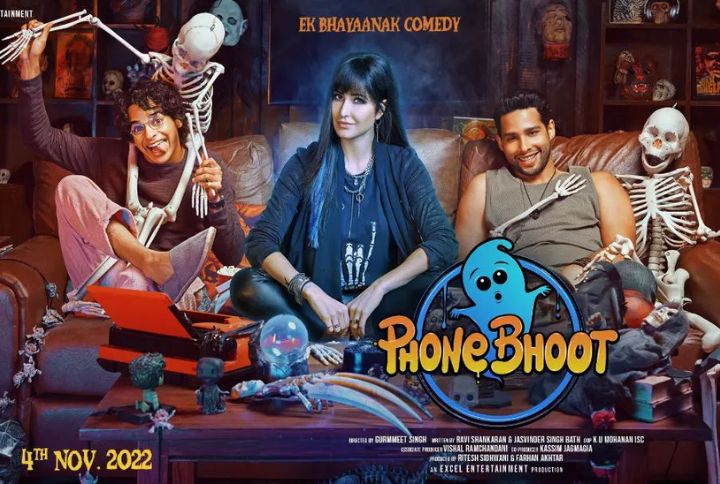 In all honesty, horror has been my favorite genre to watch, but recently when filmmakers brought in an upgraded version of horror by clubbing comedy with it, it was quite the treat. Bollywood took on this horror-comedy genre quite sportingly dishing out film after film, the latest on the list is Phone Bhoot starring Katrina Kaif, Siddhant Chaturvedi, and Ishaan Khatter. Seeing them together on screen only reminded me of the fun equation this trio shared on Koffee With Karan Season 7. Have you ever wondered what would happen when a ghost offers you a business partnership? Well, the trailer will give you an idea about it!

Phone Bhoot has its moments, while I am loving to see the bro code between Siddhant and Ishaan, and how the ghost Katrina brings in a twist, I am also eager to know how it all ends. Two handsome boys trapping ghosts for salvation with a pretty ghost guiding them is going to be very fun to watch. With the punches and the gags in the right places, Phone Bhoot is totally going to tickle some funny bones. I am also thrilled to see what Jackie Shroff has to offer as Aatmaram.

Directed by Gurmmeet Singh and written by Ravi Shankaran and Jasvinder Singh Bath, Phone Bhoot is produced by Excel Entertainment, headed by Ritesh Sidhwani and Farhan Akhtar. The film is all set to be released on 4th November 2022.