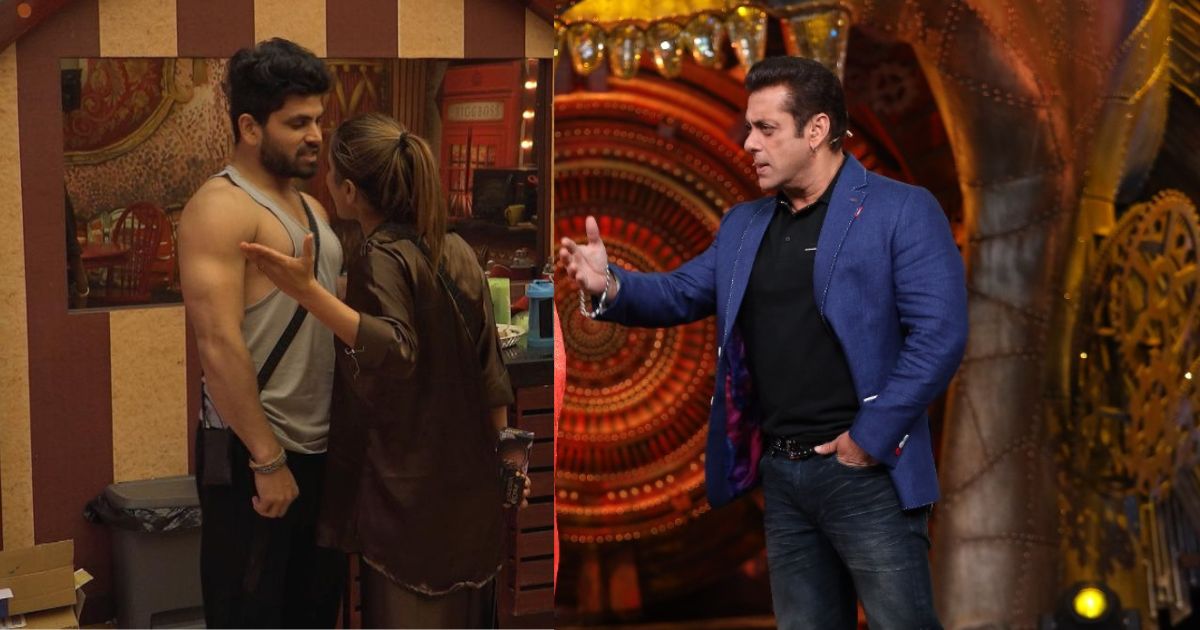 Today’s Bigg Boss 16 episode is the most awaited one. After the huge fight which took place between Shiv Thakare and Archana Gautam, it’ll be thrilling to watch Salman Khan put some light on this matter and reveal Shiv’s smartness. This ‘Shanivaar Ka Vaar’ is going to be a fun episode to watch as the star cast of Bhediya comes in to have a jolly time along with the contestants and Salman. To give you a gist, read Bigg Boss 16 Day 43 Promo here. The contestants are shocked when they learn that Priyanka Chahar Choudhary will be leaving the house tonight, is this strong contestant already leaving?

Sajid gets mad over the fact that Archana is coming back into the house. Priyanka takes a stand for Archana and explains why Archana should be back in the house.

10:53 pm: Vote for Archana to come back into the house

After analysing the whole situation Archana is allowed to go back to the Bigg Boss house. Salman explains to Abdu that Archana made his real personality shine on screen for which he should stand for her to come back into the house.

While Salman commends Archana for treating everyone as if they were contestants rather than followers, she is here to play the game. Shalin goes on to say that she cooks really good food. However, Salman points out that he was the one who slandered her the most.

Salman states that Shiv had already planned on Archana’s trigger point. Shalin confirms the facts as Salman questions him. On the other hand, Bhai clearly shows a clip of Archana explaining to Shiv that he shouldn’t speak about her political party and didi.

The whole situation is explained by the game of provocation by Salman. The discussion over the terms ‘chamach’, ‘popat’ and ‘didi’ is explained by Shalin. One of the main rules of Bigg Boss explains that there shouldn’t be personal comments made about anyone’s profession, caste or religion.

Tina goes on to explain the fight between Archana and her in the kitchen. She was hiding the tissue box and sugar box. Priyanka goes on to explain the bad language Archana uses in the house. Sumbul Toqueer justifies her aggression over Archana. While Salman says Sumbul is wrong because she started the fight with Archana, Sumbul accuses Archana of the head-to-head fight.

10:20 pm: The contestants and their smoking habits

Shalin, Gautam Vig and MC Stan get called out on their smoking habits in the house as it is unethical and Salman doesn’t support it being done on a reality show in front of the camera.

Salman Khan points out that Archana is left with no friends because of her behaviour. She wants to be in the house but Bhai states that this is not the content that Bigg Boss 16 supports. She won’t be allowed back in the house as she broke a very important rule.

The discussions in the house after the Bhediya casts leave. Soudarya discusses this with Soundarya over her followers and calls Tina a validation seeker. Even Tina tries to clarify her stand about Shalin. Meanwhile, Tina is confused about who spoke about her while Abdu acts as if he didn’t say those words.

Kriti and Varun read declarations made about Soundarya by Tina Datta where she mentions that she buys followers on social media. Abdu Rozik‘s comments on Tina being a liar are revealed. While Tina had spoken about Sumbul Toqueer‘s makeup she clarifies it was a normal comment and that she likes Sumbul’s confidence with no makeup as she is naturally beautiful.

The fun activity begins and they give the contestants furry body parts of the wolf. Priyanka gives the hands to MC Stan as she thinks he goes behind people’s backs. The tail is given to Ankit by Shalin Bhanot as he roams behind Priyanka. The smart and cunning part which is the head is given to Shiv by Ankit and justifies that he creates fights in the house.

Salman Khan quizzes Kriti Sanon and Varun Dhawan about his films, and Bhai makes them dance to some of his all-time hit songs to see who is a bigger fan.

Gori Nagori is the one who gets neglected and she happily leaves with a smile on her face. Sajid Khan and his group look kind of happy over her leaving the house.

As Salman Khan mentions that Priyanka is leaving the house Soudarya Sharma starts getting upset and Ankit Gupta blames himself for her eviction. Meanwhile, Soundarya is confident that it’s a prank as the gate doesn’t open. Salman Khan admits it was a prank as Ankit start to feel guilty.

Stay tuned for more updates on Bigg Boss 16 right here. Also, vote for your favorite contestant on MyGlamm & get a chance to meet Salman Khan.