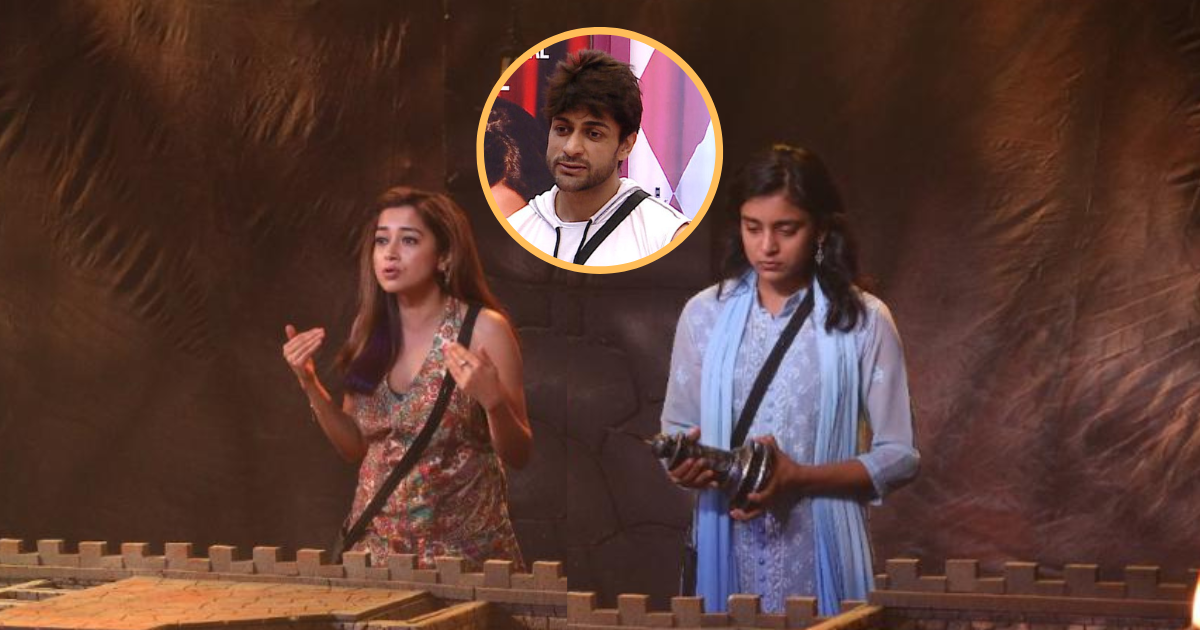 In the Bigg Boss 16 house, the ‘Weekend Ka Vaar’ will be a reality check for Shalin Bhanot and an interrogation session of Sumbul Toqueer. After a nasty fight happening in the house over Tina Datta ‘s sprained ankle and MC Stan’s language issues, it’s time now that Salman takes off his coat and when that happens it’s clear that he’s going to take their class. If you want a gist of tonight, read Bigg Boss 16 Day 49 Promo here.

While this fun-packed activity is happening, Archana and Shalin don’t seem to come to mutual terms. Between Priyanka and Tina, she wants to make Priyanka the star while Shalin wants to make Tina the star. Archana goes on to just take Tina’s image and hammer it. Tina seems to get mad at it.

Salman Khan is joined on stage by Ayushmann Khurana and Jaideep Ahlawat. The housemates and the stars engage in a game known as “BB Ke Sitare.” It entails two participants selecting between their two favourite competitors. Participants must hit the image of the less-liked of the two.

Salman makes MC say sorry to Shalin, and they hug each other and sort it out. Shiv Thakare also kisses Shalin and says sorry to Shalin. Now, Shalin changes his decision he doesn’t want to leave the house anymore.

After all that went down, Shalin seems disturbed and Tina hugs him. Salman quickly announces that Ankit should take all the contestants to where Shalin and Tina are cuddling each other with hugs.

Sumbul is tagged as Shalin’s saviour. Shalin is highly disappointed in Tina a stand for MC rather than him. It is explained by Salman that it’s all about Shalin’s “male ego”.

MC Stan uses a lot of abusive language in the house over which Salman is disappointed. A revelation is made that MC is nominated for the next four weeks. He expresses that he is aware of what he said and did was wrong.

Shalin had to take the limelight by explaining that if MC Stan stays in the house he would leave it.

As Shalin wants to walk out of the game, he would be required to pay a penalty of two crores to the production. He puts the blame on Tina while Nimrit confirms that he said that he would have to leave the game and pay the penalty just because of Tina.

Salman also points out a very underestimated mudda that Shalin, who seems to be an expert in everything from proper protein intake to physical therapy, fails to recognise that Sumbul, who is only a teenager, has feelings for him.

Shalin asks permission from Salman to raise his hand at MC Stan. But, then Salman loses his cool over Shalin mentioning that he is bound by Bigg Boss’s contract of not causing any violence. Bhai doesn’t want to be dragged into this whole situation. On the other hand, Shalin is in a pool of tears.

Shalin explains to Salman that he is not a casanova and clearly states that Sumbul is twenty years younger than her and is not attracted towards her. This turns heated as Sumbul is targeted over the fact that she didn’t allow Tina to talk to him. Sumbul is trying to justify her stand and breaks down in tears requesting Salman Bhai to let her leave the house.

Bhai questions Sumbul about how she got involved in the fight. While she explains that she got scared, Salman asks Tina and the other contestants whether they find her obsessed over Shalin Bhanot. The majority of the contestants agree. Salman slams Shalin on the fact that he can’t see that she is having a crush on him. He has given her the freedom to be close but not to be too close.

Tina also points out that she didn’t move an inch when she asked for five minutes from Sumbul to talk to Shalin in private.

Salman asks those who were not involved in the fight scene but diverted the topic towards them. Priyanka Chahar Choudhary goes and sits at the dining table for creating unnecessary issues and even Ankit Gupta joins in.

Tina gets mad at Sumbul and accuses her of taking her chance to stick like a sellotape to Shalin. Tina rubs it on Sumbul’s face that she is in love with him which Sumbul denies.

While Soundarya Sharma tries to talk to Shalin and calms him down. He is stunned that Soundarya calmed him down. Meanwhile, Gautam Vig is crying outside while Abdu Rozik is consoling him. Shalin also feels used by Tina.

As Sajid Khan tries to assign duties to Archana Gautam, she revolts back and rubs it on his face that he is from a big family and that is why he doesn’t know how to work. Sajid loses his temper again and mentions that he wants to leave the house.

Stay tuned for more updates on Bigg Boss 16 right here. Also, vote for your favorite contestant on MyGlamm & get a chance to meet Salman Khan