6 Fashion Trends From The 2010s That Defined The Last Decade 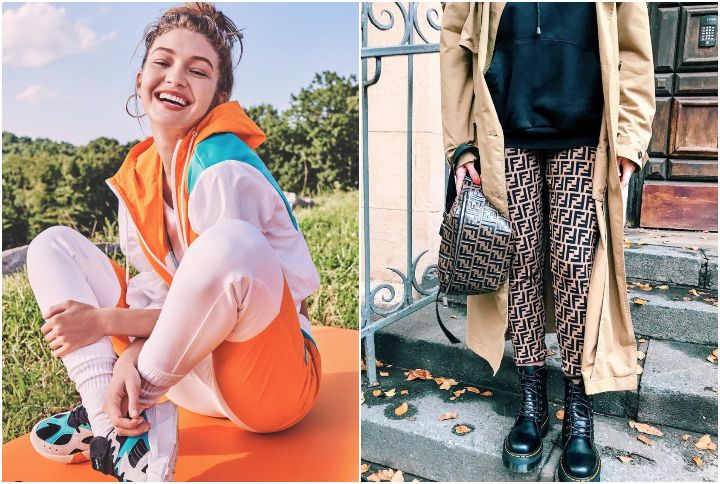 6 Fashion Trends From The 2010s That Defined The Last Decade

As we’ve moved into a new decade, we’re looking back at the fashion trends that made an impact in the last ten years. The 2010s were a critical time in fashion history, there was a cultural shift and with the birth of Instagram, little did we know our world would never be the same again. There were some bizarre fashion choices, some resurrected trends from the past but also fresh new concepts. Also with the introduction of influencers and wellness culture on social media, it heavily influenced the trends we adopted into our lives.

Trying to keep up with the latest fashion today has never been easier. All you need to do is go through influencers and celebrities’ social media or YouTube and you’ll instantly see what’s on-trend. It wasn’t that simple early before where you had to buy a physical copy of a fashion magazine or see what your idols were wearing on TV.

What the 2010s taught us through a myriad of interesting sartorial moments was that what is old is always new again. While trends like athleisure fashion evolved to what is now, looks from the 80s and 90s popped back up a lot throughout the years. Some are still going strong in 2020 and some made us wonder, what the heck were we thinking. With tons of major trends that made memorable appearances, we’ve rounded up a handful of style trends that we think defined the 2010s and are still relevant today.

Keep scrolling to take a look back at the style trends that made an impact in the 2010s :

Around 2015 to 2016, there was an unexpected rise of the pink shade eventually dubbed ‘millennial pink’. It’s tough explaining a specific shade of colour but think of a grapefruit mixed with a pink salmon. However, many variations of this similar shade like rose quartz to peachy salmons and everything in between was grouped under this term. Although, unlike fast trends, this stuck around for a long time. This colour was everywhere and not just in fashion. It affected other industries like beauty, interiors, stationery, household items and even food! You couldn’t escape it anywhere. This was the It-colour for a few years, taking over Instagram and even designer runways.

While some say it popped up in 2012 and others stipulate it was Wes Anderson’s very pink-themed movie, Grand Budapest Hotel  (2014) influence. Wherever it came from, there’s no denying that it’s been one of the most impactful colours of the decade.

Fashion really got casual in the last few years and we said goodbye to super stiff formalwear. The popularity of the wellness movement resulted in more fashionable workout clothes and leggings. With this relaxed culture, workout clothes weren’t just for the gym anymore. It’s suddenly become acceptable and even chic to wear sweatshirts, track pants, sporty sandals and yoga pants almost anywhere. We even saw the resurgence of cycling shorts and high-end sportswear with long-established designers and high-street stores getting hooked on to the trend, as well. Including an influx of new brands being founded on this concept, notably like Beyoncé’s Ivy Park and Kanye West’s Yeezy.

It goes without saying that along with the athleisure trend, sneakers and sporty shoes evolved to be an integral part of our wardrobes. I don’t even remember a time when it wasn’t acceptable to wear these daily. First, we saw the immense popularity of the Adidas‘ Stan Smith sneakers that became a rage. Everyone just had to have them. Pushed on by celebrities in similar nature, the classic white tennis shoes were paired with skirts and dresses for a more downtown-casual feel. Next up and more recently, the chunky and dad sneakers. Also known as the ugly sneaker trend that’s still quite popular in countless iterations. Needless to say, the sneakers and sporty trend is still going strong and doesn’t seem to be going anywhere. However, one sneaker trend I’m glad to forget was the controversial wedge sneaker—anybody remembers those chaotic shoes?

4. All about the logos

Flashy logos have been all the rage from the last decade. Always going in and out of fashion with updated variations, everyone was proudly wearing items featuring their favourite brand’s logo in focus. The second half of the decade, while similar, also saw slightly different logocentric pieces evolved with luxury brands updating their pieces. Like Gucci’s colourful updates to the handbags and the brand’s logo belt that everyone coveted. We even saw some ironic consumerism with brands like Off-White. They ironically use quotation marks for product names and designs that changed the landscape of streetwear and logomania. Propelling these items to the It status and always looking great for an Instagram photo op.

You couldn’t have escaped the decade without having owned items with studs on it. This trend was propelled when Valentino released the Rockstud collection which included bags, jewellery, and shoes. The little studs took the fashion world by storm where the ankle strap pumps from the collection were by far the favourite. For a handful of years, it enjoyed its reign as the ‘it’ shoe that every fashion-obsessed woman had to have. This, of course, resulted in many knock-offs and other high-street brands creating their own versions. Studs were everywhere on your clothes, even accessories and jewellery. While we had enough of studs and left them behind years ago, surprisingly the Valentino’s original studded shoes still quite coveted.

There are so many nineties trends that made a resurgence that we could dedicate a whole blog post to them. Many designers revisited their roots and some fondly embraced pieces that used to be part of their wardrobes growing up. Belt bags, slip dresses, chokers and tiny sunglasses; the 2010s were influenced by the nineties era more than any other period. All these items were considered cool-girl accessories. Seen on influencers and supermodels like Bella and Gigi Hadid who paired these together giving us snazzy, off-duty model looks.

What trends do you fondly remember from the 2010s? Let me know in the comments below.