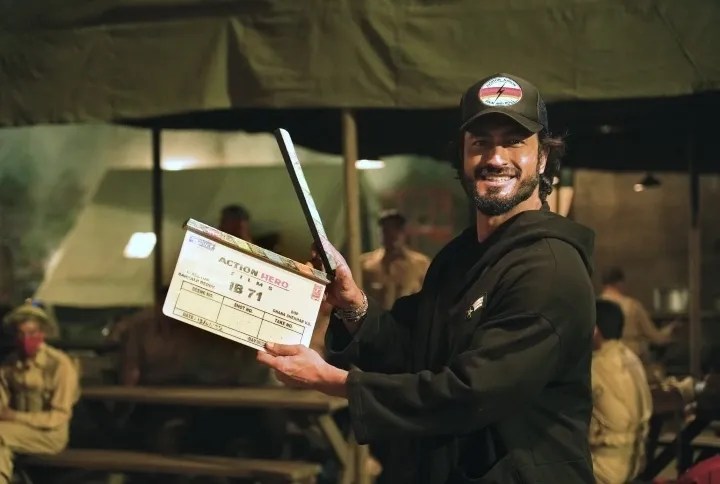 The fact that Vidyut Jammwal has taken action in Hindi movies to such a high pedestal and continues to outdo his own self with every new film has impressed me so much. The actor has now launched his production house which is called Action Hero Films and his first project has begun.

Titled IB 71, the film is based on a true incident of how Indian Intelligence Officers outwitted the entire Pakistani establishment and gave our armed forces the required advantage to face a two-front war. Sankalp Reddy who directed The Ghazi Attack, which won the National award for Best Feature Film, in Telegu; is set to helm IB 71. Vidyut will be seen playing an intelligence officer in the film.

The film has gone on floors and talking about his maiden production,

“It’s a new beginning for my production house Action Hero Films. I’m thrilled about backing a film that revisits a glorious chapter in history. It’s a story of the brilliance of intelligence officers, whom I salute with all my heart. My team and I are grateful to have begun the year on an exciting note.”

He also made this announcement with a video which he shared on Instagram. Check it out here.

The film is presented by Bhushan Kumar’s T-series and Reliance Entertainment and co-produced by Abbas Sayyed.

“The shooting for IB 71 has begun in full swing. We’re all pumped about bringing its story to the audience in a way that celebrates the unsung heroes of India. Here’s a film that is about to redefine what it means to be a hero. I’m happy that we’re off to a great start.”

I wish Vidyut all the very best for his maiden production and I’m sure he’s going to pack a solid punch this time around too!