Exclusive: Akshay Kumar To Vicky Kaushal – 6 Bollywood Actors Whose Music Singles Are a Boon To The Pop Culture 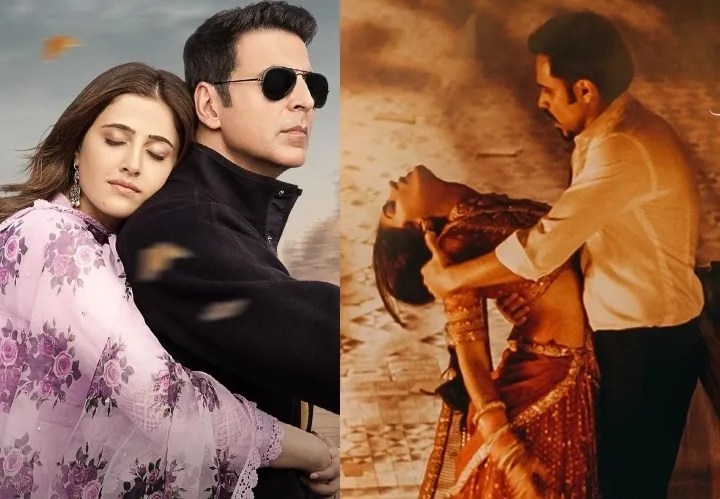 Exclusive: Akshay Kumar To Vicky Kaushal – 6 Bollywood Actors Whose Music Singles Are a Boon To The Pop Culture

I have now come to believe that singles are the next big thing in popular culture. Perhaps, they already are a big thing. The quality of music, big canvas and the visual appeal which some singles in the recent past possess have left me mesmerised. The presence of Bollywood A-listers in these songs further prove that they don’t have any apprehensions towards them anymore. What also makes these singles appealing is that most of them have a story and backdrop to them.

Head Honcho of T-series, Bhushan Kumar who has largely been influential in making these singles so popular, feels that the Covid scenario in the last two years is also one of the factors for these singles to be accepted in a big way.

“It’s not that singles have never been a big hit in the Hindi music industry. But yes, in the wake of new restrictions in the post Covid era, they have become even more popular today. Of course, mobile internet and multiple streaming platforms have also played a role in taking the singles to a wider audience that watches and listens to songs on the go. I must also add that often it’s logistically easier to shoot a music video with limited cast and crew than a movie song. A single is non bound by movie marketing strategy and is created and promoted as an independent unit of its own. Of course, a single needs to have a story in keeping with its lyrics, genre and mood, so it’s picturised and treated accordingly. At the end of the day, a single is also content and as long as you create diverse content that appeals to the wider audience, it will certainly work. It’s great to see that singles have not only become a big hit with audience, but also on a bigger scale than before. This only motivates us to work harder and create more such song-stories for our ever-growing  audiences.”

Let’s take a look at some singles featuring Bollywood actors which made it big.

Akshay Kumar in Filhaal and Filhaal 2

Of course, Akshay Kumar’s presence in these made them grab eyeballs at first but both these songs were so soulful and made such a connect with the audience. B.Praak’s voice pulled the strings of my heart and how! Everyone who has loved and lost in love could connect to this heartwrenching story portrayed over these two singles.

Yo Yo Honey Singh did such a brilliant job with the Urvashi remake that I still wouldn’t stop grooving to it the moment I play it as I write this article. Urvashi in itself is such a cult and it’s a task to do justice to the original but I must say, the new version is nonetheless a bomb! Oh and Shahid Kapoor and Kiara Advani in this one were a treat to watch; especially seeing this Kapoor boy dance.

Bhushan Kumar’s Bada Pachtaoge in Arijit Singh’s voice was honey to my ears. The story, and Vicky Kaushal’s portrayal of a heartbroken man who is betrayed touched hearts. B. Praak’s music and Jaani’s composition and writing was so on point in such a well-shot video. Nobody regretted watching and hearing this song okay? (Winks) If you know, you know!

Emraan Hashmi already has the repute of having the best songs to his body of work and no wonder the response to Lut Gaye was phenomenal. It became so popular and literally every little kid in every household now knows about it. Uff Jubin Nautiyal’s voice is literally music to my ears in this Tanishq Bagchi rendition of Nusrat Fateh Ali Khan’s Lut Gaye. Radhika Rao and Vinay Sapru’s direction made the video so appealing.

Badshah’s combination with Aastha Gill was just so catchy and Jacqueline Fernandez grooving to this track looking like a million bucks added to its appeal. I loved how the song explored and showcased the beauty and culture of Rajasthan so well. Paani Paani was really good enough to create a wave in our hearts! This one just catches on to you the moment you hear it.

Play this song and it induces instant foot-tapping and I’m not alone I’m sure. Badshah surely knows how to get a party alive with this music and Nikhita Gandhi’s does such a brilliant job with the vocals on this one. Mrunal Thakur is in a never-seen-before avatar here, completely setting the temperature high – her body language and expressions here are a complete win!