‘Jersey’, ‘Ala Vaikunthapurramuloo’, ‘Thadam’ & Other South Films That Are Being Remade In Hindi 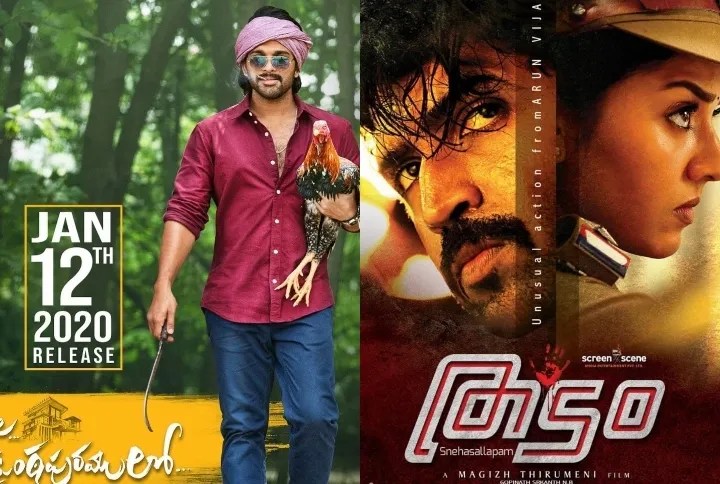 ‘Jersey’, ‘Ala Vaikunthapurramuloo’, ‘Thadam’ & Other South Films That Are Being Remade In Hindi

In the last decade or so, the South cinema has become much more mainstream and popular across India. The barrier of language is no more there. The artists are crossing over from one industry to another. Today, actors like Prabhas and Allu Arjun enjoy pan-India stardom, and even people like me, who are majorly Hindi film consumers, are aware of their work and enjoy it. And not only stars, but the stories of South are also finding a place in the Hindi market with their remakes. With Shahid Kapoor getting his biggest blockbuster in Kabir Singh, which was a remake of the Telugu hit Arjun Reddy, and Singham, a remake of the Tamil film Singam, getting spun into a whole successful universe of its own, South remakes have become a sure-shot formula of success and there are a lot more in the offing in the coming years.

Here are the South remakes happening in Hindi:

After getting his biggest hit with a South remake, Shahid is back to the formula again with Jersey opposite Mrunal Thakur, and even though the film’s release has been pushed multiple times owing to the pandemic, it still stays to be one of the most anticipated Hindi films in the pipeline. And going by the trailer of it, I am too excited to see Shahid take on this intense role as I am sure he has nailed every part of it.

Allu Arjun and Pooja Hegde’s Ala Vaikunthapurramuloo is being remade in Hindi as Shehzada with Kartik Aaryan and Kriti Sanon in the lead. The two films have been in news recently for the constant back and forth between the release of the original as a Hindi dubbed version theatrically, but now things seems to be sorted. If Kartik and Kriti’s pictures from the shoot are something to go by, this one is going to be a fun-filled adventure and I am really hoping that the two actors get to shake a leg on ButtaBomma in the remake.

The remake of Thadam has undergone a major casting change with Aditya Roy Kapur replacing Sidharth Malhotra in the lead opposite Mrunal, but the excitement for the film has stayed on its peak. I am excited to see Aditya get back to the action genre with this one, and the fresh pairing of his with Mrunal will be something to look out for.

After giving some successful remakes like Singham and Drishyam, Ajay Devgn is all set to come up with another South blockbuster in Hindi, Kaithi, and the actor started shoot for it just last month. The glimpses of him leaked from the set created a lot of intrigue amongst the audience and the part that I am most ecstatic about is his reported reunion with Tabu for the film.

On his birthday last month, Hrithik Roshan took my breath away with his look from the remake of Vikram Vedha which will see him in a grey avatar opposite Saif Ali Khan. I am too eager to see these two powerhouses of talent come together on screen in such a brilliant story that has found acceptance across India, and those two going up against each other will be a treat to watch.

This Telugu mystery action-thriller starring Vishwak Sen and Ruhani Sharma in the lead is being remade with Rajkummar Rao and Sanya Malhotra stepping in their shoes, and I feel that this pairing is what is the USP of the film. Both Raj and Sanya have established themselves as strong performers in the past few years and them coming together will surely be thrilling, and the film will certainly be a ‘HIT’ I believe.

I became an instant admirer of Alaya F after watching her work in Jawaani Jaaneman, and ever since then, I had been waiting for her next. Last year, it was finally announced that the actress will be stepping into Shraddha Srinath’s shoes in the Hindi remake of the Kannada film U Turn. The film has already been remade in Telugu and Tamil in 2018 with Samatha Ruth Prabhu in the lead, and seeing the caliber of Shraddha and Samantha, Alaya would have to match up to some big performances, but I am sure she will do complete justice to it.

I remember Anniyan being one of the first South films that I saw, although in Hindu dubbed where it released as Aparichit. But after seeing the film I became a fan of Vikram as the complexity and versatility he brought to his performance was exemplary. If anyone could have matched that level of performance in Hindi industry, it had to be Ranveer Singh, and last April, the actor announced his collaboration with director Shankar for the Hindi remake of the film. This is the one that I am really most excited about.

It’s always good to see barriers being broken and borders being crossed for sharing of talent, and with so many good South remakes in the pipeline, I am sure it will only increase the popularity of the industry in the Hindi market.