Photos: Vikrant Massey Gets Married To Sheetal Thakur In An Intimate Ceremony 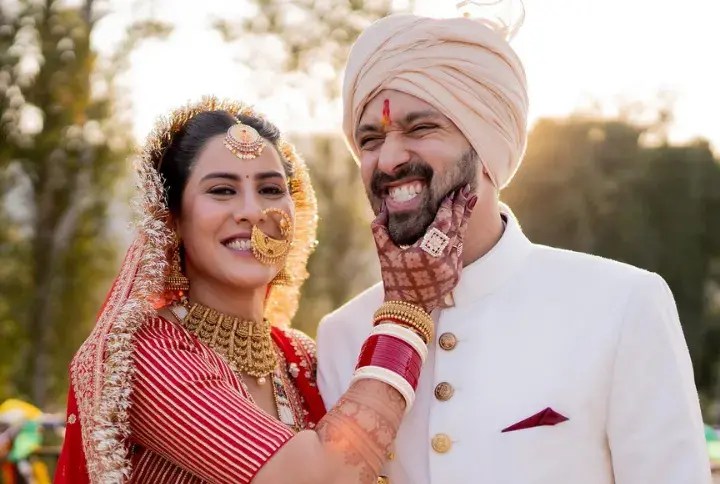 Photos: Vikrant Massey Gets Married To Sheetal Thakur In An Intimate Ceremony

The wedding season is officially upon Bollywood. Other than Farhan Akhtar and Shibani Dandekar, actor Vikrant Massey also tied the knot with fiancée Sheetal Thakur in an intimate ceremony yesterday. As per reports, the couple tied the knot in Himachal Pradesh in the presence of close family and friends. While the couple looked beautiful in their wedding attires, I also loved the happy vibes that seemed to be all around in the wedding pictures. In fact, Sheetal-Vikrant also was beaming in joy as they exchanged vows and I am literally gushing over the wedding pictures both have shared.

Check out the pictures here:

What I also loved other than these pictures were the heartwarming words the couple wrote. It read, ‘ a journey of seven years turns into a journey of seven lifetimes.’ Let me tell you, the couple also has a super fun Haldi ceremony on 17th February and a video of them dancing to desi-girl had surfaced online.

Earlier this week, rumors were doing rounds about the couple going in for a court marriage on Valentine’s day. And now, these official pictures have put all rumors to rest. Vikrant and Sheetal are now man and wife, I wish them a lifetime of happiness. For those who don’t know, Vikrant and Sheetal have been together since 2015 and the couple got engaged in a private ceremony in 2019.

It’s not just the personal front, but professionally too Vikrant is in quite a happening space. In fact, his latest film Love Hostel with Sanya Malhotra is slated to release on 25th February on the OTT space. He also has three other films in the pipeline, namely, Forensic, Mumbaikar, and Yaar Jigri.

I wish Vikrant and Sheetal many congratulations on their new beginnings. May the couple have a lifetime of togetherness, with lots of happy moments.