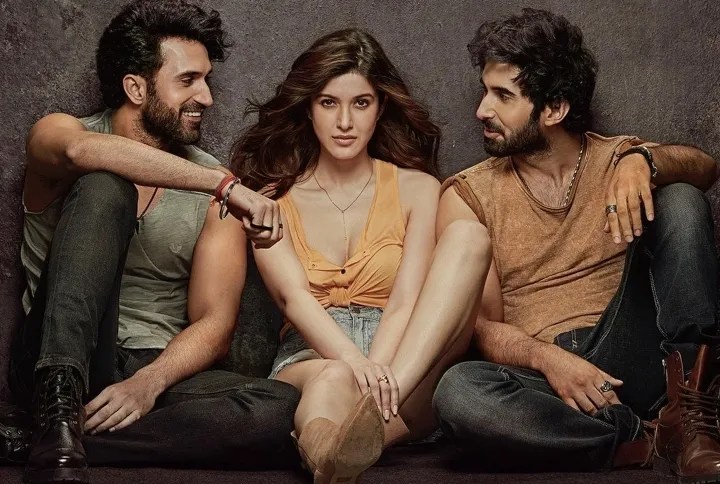 I always get excited on the prospect of seeing new faces in Hindi cinema. They bring a certain level of freshness and rawness with them, and since you never know what to expect from them, it’s always a revelation seeing what they bring to the table. Today’s morning has started on a rather exciting note for the cinema nerd in me as Karan Johar has unveiled the title and character posters of Shanaya Kapoor and Lakshya‘s debut film, which also features Gurfateh Pirzada.

The film is titled Bedhadak and it is written and directed by Shashank Khaitan, who is also producing the film alongside Karan, Hiroo Yash Johar and Apoorva Mehta. The film is said to be presenting a new era of love where passion, intensity and boundaries will be crossed. I’ll talk about each actor one by one as I have loved every one of them in their new character posters.

The first character poster released is of Lakshya who is named Karan in the film. He is described as a charming and dashing man who is on his way to rock our world, and I couldn’t agree more. The intensity of his eyes combined with the charm on his face is simply irresistible and I can’t help but get pulled towards him after seeing this avatar of him.

The next poster released was of Shanaya who is named Nimrit in the film. I was already quite intrigued about the actress’ debut ever since Karan announced that he’d be launching her under Dharma Productions. While there is an oomph factor that Shanaya brings to the screen, there is also an innocence on her face that makes you feel connected to her.

The last was Gurfateh aka Angad, whose introduction says that his brooding vibe will make hearts skip a beat, and I can feel it happen already. That piercing gaze is just going straight through my heart, and I must admit that after seeing his capabilities in Guilty, I have huge expectations riding on him that I am sure he will live up to.

Seeing these three new talents together reminds me the last time Karan did this a decade ago, and that time he gave three superstars to the Hindi cinema in the form of Alia Bhatt, Varun Dhawan and Sidharth Malhotra. With the intensity and vibes that I am getting from these posters, I am sure that history is going to repeat itself and I can’t wait to witness it.