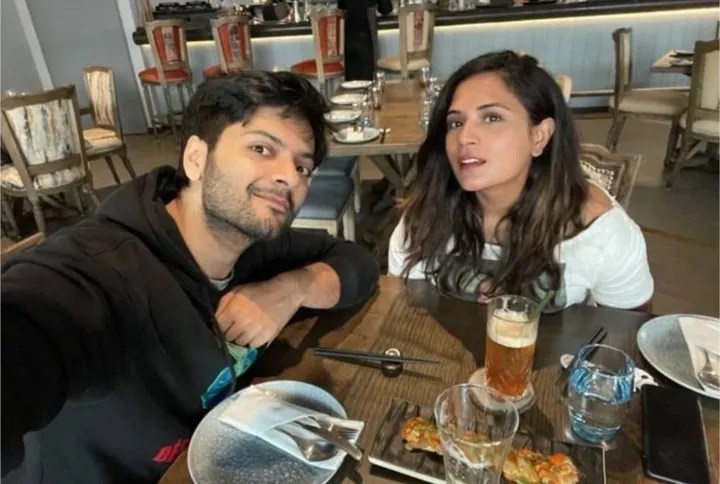 The current wedding season has been quite proactive in Bollywood with just in the last four months, I have got to see more than half a dozen big fat Indian weddings happening in the industry. It all started with the RajKummar Rao-Patralekhaa wedding, and soon came the one that almost became a national event, the nuptials of Katrina Kaif-Vicky Kaushal. Since then, every month at least one wedding has taken place in the industry and the romantic nerd inside me has really loved it. Just two weekends ago, I got to see three Bollywood weddings, with Vikrant Massey-Sheetal Thakur, Farhan Akhtar-Shibani Dandekar and Luv Ranjan-Alisha Vaid taking the plunge, and recent reports suggested that Richa Chadha and Ali Fazal are also soon going to be joining the list.

Both Richa and Ali have never shied away from speaking about their relationship and their intentions of getting married. They were to do that in 2020 itself but then the pandemic hit, and since then, the couple hasn’t found the perfect time to take the plunge. A recent report had suggested that the couple was going to get married this month in midst of their shoot of Fukrey 3. As I mention it to Richa, the actress says a big ‘No’ on that development.

“So many weddings are happening recently and I guess that’s why they just want to club us as well. But hogi, hamari bhi hogi. Hum bhi karenge shaadi. I know people are excited about that.”

Elaborating on her wedding plans with Ali, Richa shares,

“Ali recently tweeted that press aur hamari ek race chal rahi hai shaadi ke baare mein, so I guess that’s what I should be saying as well. But the truth is that we both are really busy right now, be it with production work or acting. Ali is even doing Hollywood projects, so he is abroad so often. Thus, because of that we haven’t got the chance to properly plan the wedding.”

I really ship Ali and Richa as a couple and while even I am waiting to see them take the next step in their relationship, I want that day to be perfect for them. Thus, if it takes time to make it so, I want them to take it. Their love story is already one for the ages and their wedding, whenever it happens, will just be a beautiful chapter in that.