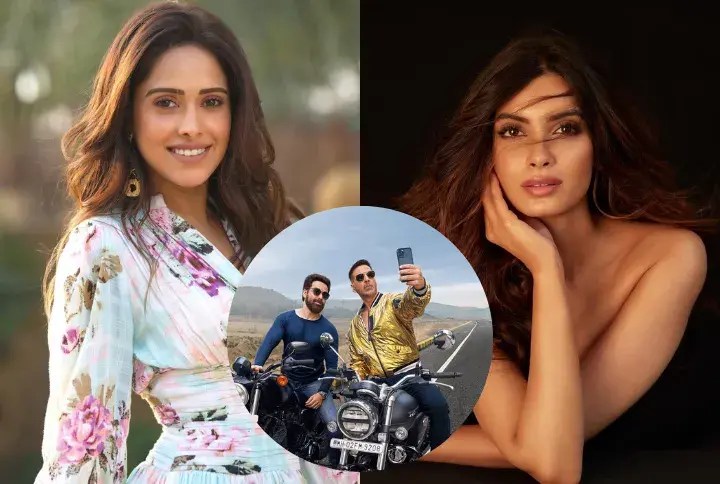 With so many exciting films coming on the 70mm, one that particularly has me looking forward is the Akshay Kumar and Emraan Hashmi starrer Selfiee. I still remember the day this film was announced, Akshay and Emraan clicked the same pictures at various locations in the city leaving all of us wondering what they were up to. And while the actors have built enough hype around the comedy film, the latest update is that the project has found its leading ladies. Actresses Nushrratt Bharuccha and Diana Penty have joined the Selfiee squad and they seem to be having a lot of fun already.

Sharing a quirky reel on his Instagram with the cast, Akshay Kumar wrote,

Check out the fun reel here:

What I am loving in this is not just the fun music, but also the car full of happening vibe the team has on coming together for this project. The film is directed by Raj Mehta and produced by (Late) Aruna Bhatia, Hiroo Yash Johar, Supriya Menon, Karan Johar, Prithviraj Sukumaran, Apoorva Mehta, and Listin Stephen under the banners of Dharma Productions, Prithviraj Productions, Magic Frames, and Cape of Good Films.

For those who don’t know, Selfiee is the official remake of the 2019 Malayalam film Driving License. The Malayalam film’s story revolved around a superstar and a motor vehicle inspector, where the superstar who is fond of driving loses his license and gets on tenterhooks with an inspector who happens to be his fan. What follows is absolute chaos. Sounds interesting, right?

In case, you haven’t watched the announcement video, watch it here:

Well, I am sure the team will take us on a ride full of laughter with this one, Nushratt and Diana jumping into this fun tale will only take it a notch higher. And I am waiting to see more such fun videos coming from the Selfiee (s)quad soon.

Let me tell you, Selfiee will be Nushratt’s second collaboration with Akshay after Ram Setu. On the professional front, all four actors have quite interesting lineups. And seeing them join forces for this comedy is simply a treat for me.