Koffee With Karan Season 7 Episode 1: Alia Bhatt Aces The MyGlamm Slam Zone With Her ‘Genius Of The Year’ Answer 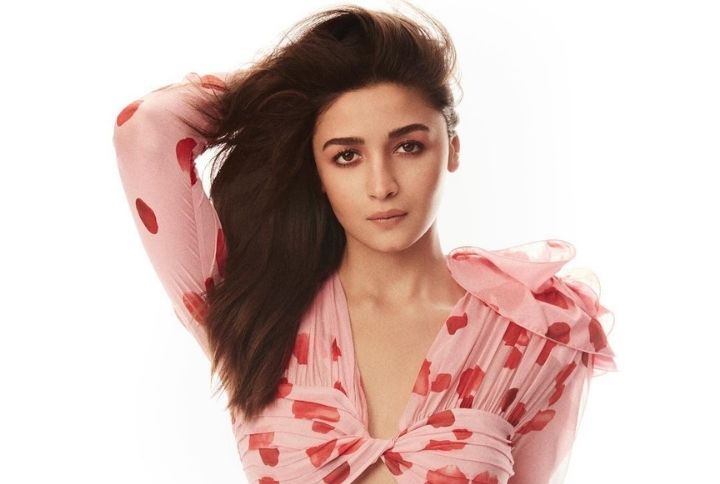 Koffee With Karan Season 7 Episode 1: Alia Bhatt Aces The MyGlamm Slam Zone With Her ‘Genius Of The Year’ Answer

I have been so delighted since last evening to have Koffee With Karan Season 7 back, and this time while it is on the OTT space, it only gets wilder. Koffee With Karan Season 7’s first episode premiered last night with Ranveer Singh and Alia Bhatt as the guest. And I absolutely loved to watch Tutu (Ranveer) and Lulu (Alia) bring the house down with their crazy vibe. In fact, there were moments when even Karan Johar was out of breath as he laughed at the responses. I also loved Karan opening up about the trolls, in fact, KJo even spoke to us about how dear Koffee With Karan is to him in an exclusive interview. While Alia spoke about her love story with Ranbir, adjusting into the Kapoor family, and lots more, Ranveer also opened up about warming up to Deepika’s parents, how he has been asked to dress sober and how he has a Pammi aunty inside him.

All in all, it was quite an entertaining conversation. But the most fun part was the MyGlamm Slam zone, where the celebs played some super-fun games. Especially, I loved the films Karan Johar gave in the What The Fake round. In case you haven’t watched the episode watch it here.

Here are my 3 favourite moments from the MyGlamm Slam Zone:

Like I told you Alia was on a roll in the MyGlamm zone and she slammed Ranveer Singh hard. In fact, during the first round where they had to guess which film title was fake, Alia gave Ranveer quite the tough fight. In fact, there was a moment where Alia guessed the title Rickshawwali Dilruba was a fake one, however, Ranveer Singh loved the title and said he would want to produce a film like this starring Alia in it. Not just, this Alia even auditioned for another film, but I won’t spoil it for you here.

A moment of hysteria was when all KJo, Ranveer and Alia couldn’t stop laughing. It so happened that Karan gave 30 seconds to talk about ‘My Marriage’, and Alia thought she was supposed to speak about Karan’s marriage. This left all three rolling on the floor laughing and Ranveer also bestowed Alia with the genius of the year title.

Ranveer Singh too wasn’t taking Alia’s lead very lightly, he gave quite the competition. In fact, there were several rounds where he won too, and what I loved the most was how sporting yet fun Ranveer was throughout. In fact, when it came to the round where both Ranveer and Alia had to call a celebrity, Ranveer totally aced it. Sadly, he didn’t win in the MyGlamm Zone, but he surely took that Koffee hamper home.

Other than the MyGlamm Zone, the Koffee Bingo also was very entertaining. And now with such a spectacular episode 1 of Koffee With Karan Season 7, my expectations from the season have already risen.