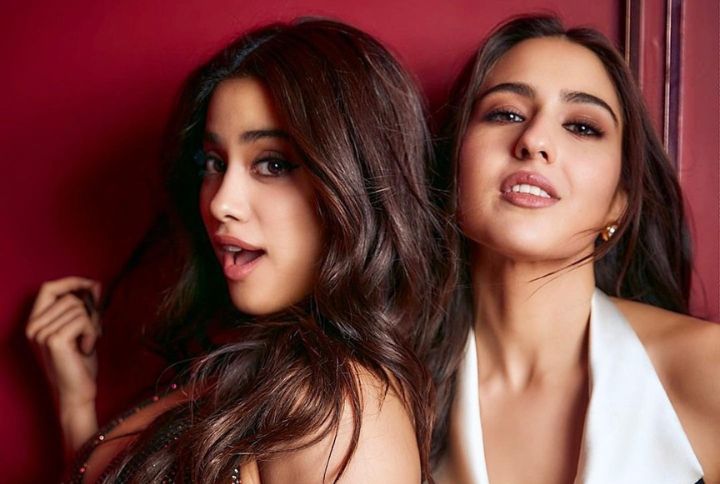 The Koffee only gets stronger with every episode. After Koffee With Karan Season 7 Episode 1 with Ranveer Singh and Alia Bhatt, my expectations were high with episode 2 and gladly it lived up to it. Yes, the Koffee With Karan Season 7 Episode 2 that was released yesterday on Disney Plus Hotstar is too great to miss. It is so, because of the spunky, feisty, young actresses Janhvi Kapoor and Sara Ali Khan who graced the couch. Well, I loved every moment of this episode but for me, the best ones were surely when the girls shared their travel stories, spoke about a common crush, and of course the very amazing rapid-fire round.

In all honesty, we say a side of both Janhvi and Sara that we wouldn’t have seen otherwise, and both the ladies were a concoction of candid, crazy, and emotional. A heart-touching moment for me was to see Janhvi get overwhelmed as she spoke about her late mother Sridevi. Another strong and thought-provoking moment for me was Sara talking about the anxiety she suffered during the lockdown. But all in all, episode two was filled with lots of fun and ‘cheese’ (pun intended)!

Here are the 3 best moments for me from Koffee With Karan Season 7 Episode 2:

While both these besties were all goofy and amazing to watch as they spoke about their bond, Janhvi also revealed how amazing her friendship is with Sara. A particular moment was when they shared tales from their trip to Kedarnath. While Janhvi revealed how Sara chose a cheap hotel that led to a super chilled night for Janhvi, Sara also spoke about how a mountain climbing experience during the same trip turned out a scary one for both the actresses. Honestly, as they told these stories I couldn’t help but laugh out loud, but I also adored the amazing bond they shared as friendship.

2. The crush Vijay Deverakonda aka Cheese

Even though Sara hesitated, in the beginning, to reveal who she had a crush on from the industry, on insistence she took Vijay Deverakonda’s name. Well, after that it was lots of fun to watch, as Karan stated how he saw Janhvi with Vijay, following which Sara’s probing began. What led to Vijay being called cheese by the ladies and that went on throughout the episode, including the rapid-fire round. Now that Vjay is also on the guestlist of the show, I want to know if Karan does some matchmaking between Sara and him.

3. A fiery Rapid-Fire round

Even though there were many foot-in-the-mouth moments that Sara and Janhvi had, the rapid-fire was truly amazing. Both the actress was brutally honest and sassy while they answered the questions, the best ones were when Janhvi said that she was intrigued to see how fast Rashmika Mandanna’s Instagram was growing and later she also said, that she would want Aditya Roy Kapur to be a stripper in her bachelorette. While Sara was no less and revealed that she would want to marry Ranveer Singh and her answer on her ex was just too good.

Well to know who took that Koffee hamper home, you need the watch the full episode here.

Both the ladies looked absolutely gorgeous and seeing them, I am looking forward to more such beautiful moments on Koffee With Karan Season 7. What I also loved was the MyGlamm slam zone where both the girls were at their competitive best. Well, every episode of Koffee With Karan Season 7 is only getting better. And I am loving to see the Koffee brewing so interestingly.