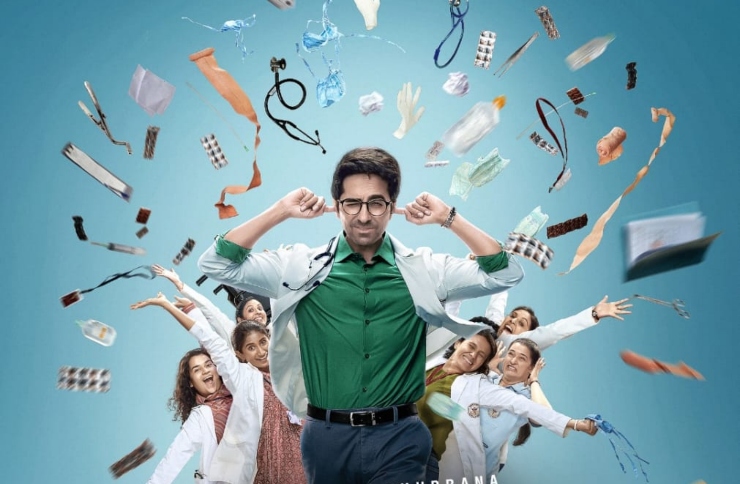 Ever since Ayushmann Khurrana announced Doctor G, I have been looking forward to an update about the film. The makers have revealed the release date of the highly anticipated medical campus comedy-drama which also stars Rakul Preet Singh and Shefali Shah in the main leads. The dose of fun and laughter only arrives in theaters this 14th October.

Taking to social media, Ayushmann shared the poster of Doctor G and wrote:

Get ready for your appointments, #DoctorG will attend to you in theaters from 14th October 2022.

The wait around the film has created a lot of curiosity since the day the first look was announced. Directed by Anubhuti Kashyap, Doctor G features Ayushmann in the role of a medical student. Known for his portrayal of unique roles and bringing us riveting stories through the course of his career, the actor has once again in his true fashion, taken on another topic with his signature brand of impactful comedy that promises to spark conversations.

Stepping into the shoes of a male gynecologist, Ayushmann has shared the first poster that gives us a sneak-peek into the chaotic world of his medical journey to becoming a Gynecologist. Considering that 2022 has seen very few comedy films, this one promises to be a treat for comedy lovers!

Talking about the female leads, Rakul will play Dr Fatima Siddiqui and Shefali will portray Dr Nandini Srivastav in the film. Sheeba Chadha will also be seen in the project as Ayushmann’s mother.

Well, Ayushmann will also be seen next year in Dream Girl 2 with Ananya Panday. The film will be released on June 29, 2023.

Coming back to Doctor G, I am really excited to see this one take the box office by storm.