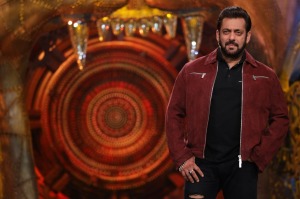 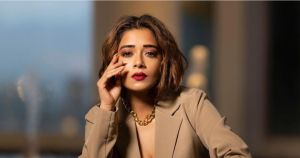 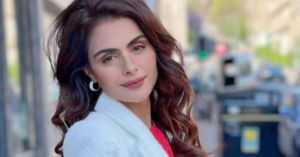 Bigg Boss is an Indian Reality show on television that hosts some of the biggest of names from the television, modelling, and social media world. The show spans for over 120 days where these celebrities will stay under one roof. This is the 16th season of the show and like every year, this year too we will see Bigg Boss 16 contestants performing tasks given to them by Bigg Boss, like every year the drama quotient will be very high as the particpants deal with sleep deprivation, rationing of food, comprising on their personal belongings, and lots more. Like every season, Salman Khan will be wil seen hosting this season too. What’s new about Bigg Boss Season 16 is that there will be no rules this time, in fact, Bigg Boss will play the game with the contestants. Like every season, host Salman Khan will visit the contestants every weekend on the famous ‘Weekend Ka Vaar’ episodes, where he will review the contestants’ performances and even reprimand them if need be. Bigg Boss 16 premiere date this time is 1st October. The show will air Monday to Friday on Colors TV at 10: 00 pm and on weekends it will start at 9:30 pm. There will also be a 24X7 live feed available on Voot.

Bigg Boss 16 release date is on 1st October this year. Like every year, this year too the season is hosted by superstar Salman Khan. The premiere episode will air on Colors TV, 9:30 pm onwards. While the weekday episodes will air on Colors TV at 10:00 pm, the weekend episodes will start at 9:30 pm every Saturday and Sunday. There will also be a 24X7 live feed available on Voot.

Like every year, this season also there is lots of buzz around Bigg Boss 16 contestants. So far, YouTuber and LockUpp Season 1 winner Munawar Faruqui has been finalized to join the new season. Another name that has been confirmed is of actress Tina Datta who we have seen on popular shows like Uttaran, Dayan, Shani, and many more. However, this season seems to have lots of other names too, many Khatron Ke Khiladi Season 12 contestants might also join the Salman Khan- hosted reality show. Namely, Jannat Zubair Rehmani, Kanika Mann, Arjun Bijlani, are also reportedly approached for the show. We might also get to see some couples on Bigg Boss Season 16, while Sushmita Sen’s brother Rajeev Sen and his wife Charu Asopa have been approached to join the show, there are reports that makers have also reached out to Divyanka Tripathi and her husband Vivek Dahiya to be housemates this season. Bigg Boss 16’s contestant list also includes names of Imlie actor Fahmaan Khan, politician Nusrat Jahan, Bhojpuri singer Nisha Pandey, actress Shubhangi Atre and also businessman and actress Shilpa Shetty Kundra’s husband Raj Kundra. While the final list of contestants will only be revealed on Bigg Boss 16’s release date, 1st October, so far these are names doing rounds.

Every year one of the biggest discussions around Bigg Boss is the theme of the house. Even on Bigg Boss 16 many are very excited to know how the house looks, while there were rumors that house would be in the gothic theme, latest reports suggest that ‘Aqua’ and ‘Water World’ is the theme for Bigg Boss 16. The house is said be inspired by the marine life and we will get to see lots of blue and golden in the house design. Decked up by Omung Kumar, the house is also said to have a lot of pop of colours in the bedroom area, while the garden area will have more of a beach feel!

Like many of the Bigg Boss fans, we at MissMalini are very passionate about the new season Bigg Boss 16. And while we have been telling you about all the updates on the show, from the theme of the house, the game plan this year, to Salman Khan’s fees , there is so much more we have to talk about. So as we embark on this journey of Bigg Boss 16, we will bring you all the written updates, from a preview before the episode to a written update while the episode is on, we’ve got you covered. So stay tuned to MissMalini.com for the biggest to smallest updates about the show, its contestants, and everything we love and know about Bigg Boss.