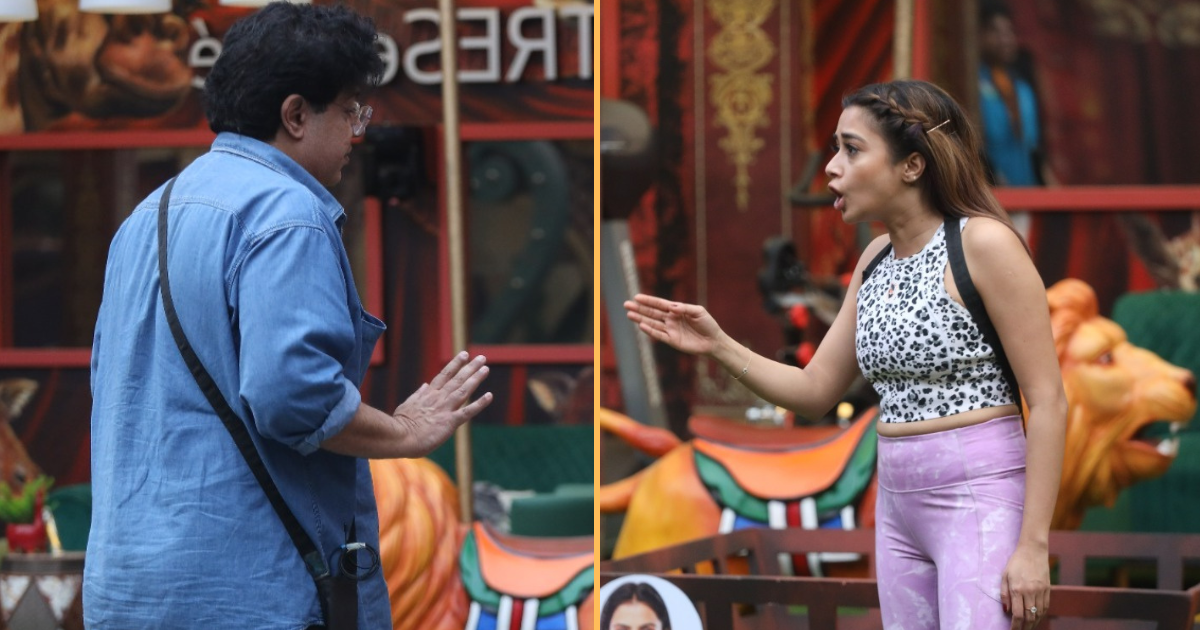 After their New Year, The Bigg Boss 16 house has restored to normal with their fights. Archana Gautam‘s resolution to never fight again was also broken in a single day as she got into a nasty fight with MC Stan. Because it was the week when a new captain was elected, there were more fights in the house than usual. If you missed the episode, you can catch Bigg Boss 16 Day 94 Live Written Updates here. Sajid Khan was certainly in the spotlight in this episode, as his fight with Priyanka Chahar Choudhary and Tina Datta was worth a bucket load of drama.

In the house, the kitchen and its never-ending muddas still exist. Tina begins the morning by informing Archana that she should let Tina know ahead of time if she needs extra time in the kitchen. But being Archana, she makes fun of Tina for always hugging Shalin Bhanot. This leads to a heated argument between the two of them. Here, it has been set up that Tina and Shalin’s union has been on fire. Later, Priyanka is upset that no one consulted her before preparing the food. When Nimrit Kaur Ahluwalia informs her that other dishes are also kept in the refrigerator, the mudda escalates into a fight. One thing which always remains fresh is the kitchen and its muddas.

The captaincy task, which resulted in chaotic fights, is the highlight. Captaincy’s run was shared by Priyanka, Nimrit, MC Stan, and Abdu Rozik. The mandali is all in on making Abdu the captain, while Tina’s strategy fails miserably, with even Bigg Boss also joking about it. The winner of the game whoever had the most balls in their basket could become the captain, and the balls had to be caught by the other contestants while Sajid remained the Supervisor.

The captaincy task causes extra and unexpected conflict. While protecting their balls, Sajid requests that Priyanka and Abdu exit their baskets. Priyanka refuses, claiming that there is no such rule. Sajid nevertheless commands her to leave or else he will disqualify her. As he tries to persuade his way out, this worsens the situation. Priyanka warns Sajid against cheating and advises him to not be very smart Sajid because she thinks Sajid is favouring Abdu, which was in fact the truth.

Tina and Priyanka are the new best friends in the house, as is already publicly recognised. Tina joins the fight after agreeing with Priyanka about it. Tina accuses Sajid of altering the game to suit his needs. Sajid warns Tina to speak to him in a low voice, but Tina disputes this and claims that even she wouldn’t if he didn’t. Sajid appeared to be extremely upset by Tina’s rudeness toward him as she yelled at him, “Talk to my hand.” I must admit that I wasn’t expecting this fight; it came as a surprise. Even after all of this drama, the mandali takes power as Abdu Rozik becomes the new captain of the house. But, as soon as Abdu becomes the captain, Sajid quickly asks him to save Sumbul Toqueer if he gets a chance.

Moving on to the very next issue of the day, which involved Archana and her muddas on performing household duties. After Abdu is appointed captain, Archana continues to criticise the cleanliness of the house. She says MC Stan isn’t performing his duties. He chooses to ignore her, but in no time this turns into a nasty fight where the two quickly include each other’s parents in their argument as well. The situation escalates when MC Stan asks, “Tere baap ka naukar hai kya?” When MC Stan introduces Archana’s mother into the conversation after she claims that Bigg Boss is her father, Archana yells at him, thinking that he is disrespecting her mother, calling him “Ghatiya.”

Sajid goes to calm Archana down and asks questions as to her irrational rage over the dirty bathroom. Archana defends herself by claiming that she is targeted when she works even a little bit late. Sajid went on to tell Stan that saying”Teri Maa ka Bigg Boss ke sath chalrha kya?” was not right. Stan declares that he would opt for a voluntary exit while the mandali is trying to convince him to eat his food.

The Tina-Shalin update in the show is a must and it was extremely sad for Tina today. Shalin thinks Tina keeps throwing an unnecessary attitude at him. Tina loses her cool and throws the microphone along with a water bottle in anger. She enters the bathroom, turns on the water, and cries. It has been very confusing to see both of them like this. But, I am sure by the end of Bigg Boss 16 clarification will reach us. Stay Tuned!